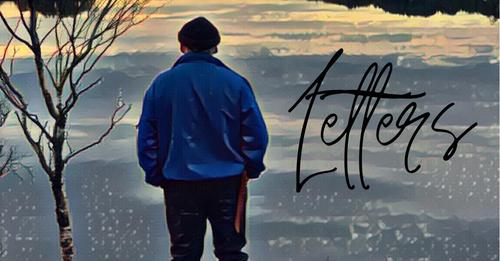 Letters. Those we sent; those we didn’t. Those we intended to write but never got around to it. Those we stopped halfway through. Those that came back ‘Return to Sender – address unknown’. They’ve been the stuff of songs since the very first songs and even though they’ve been overtaken by events (email and texting killed the letter as much as video killed the radio star) they still offer the catalyst for a powerful tune.

And so it is with Haugesund-based Jone Lindman & Andreas Grannes’ ‘Letters’ which appears to be about a friendship that’s gone even though the respective parties are still trying to hang on to it. “With hindsight I know now, that some people come and go” followed latterly by a plaintive “I’m sorry…maybe in another life I can make amends for lost time…”

Quite a sad song, you get the feeling that there’s much more to this and that it’s waiting to be explored, and it’s delivered in such a positive way despite the sadness of the lyrics as to leave a door open for a happy ending in the sequel.

Musically, it’s fairly simple. A pleasant, around-the-camp-fireside sound, with a hint of an Americana vibe, a lot of strummed acoustic guitar, a handful of chord changes, and minimal rhythmical accompaniment. But hey, some artists have made zillions out of that, so good luck to them.

If you want a reference point an acoustically based British indie-rock act like Mumford and Sons would be a starting point but I’d be inclined to go for Sweden’s Peter Bjorn and Jon.

Definitely worth checking out.