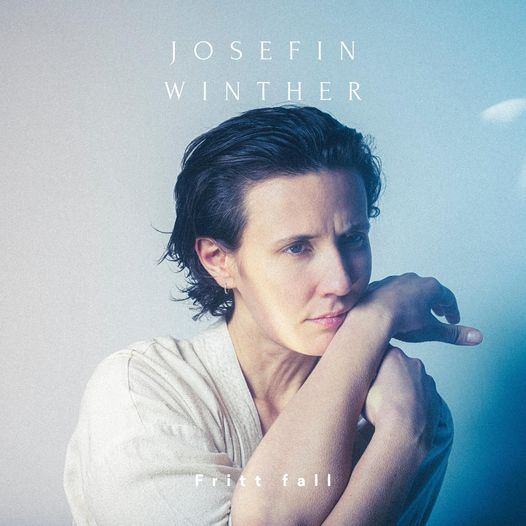 First time out in Nordic Music Central for Bergen’s Josefin Winther but I’ve featured her sophisticated balladry several times previously, both in Norwegian and English.

If you haven’t come across her previously she’s something of a polymath, combining her musical career with a role as a student leader at the bachelor’s degree in social education at Steinerhøyskolen University College in Oslo and as a handy basketball player by all accounts. Well I suppose you’d have to be ‘handy’ to play basketball.

She has quite a CV. Studying classical voice and cello, she began writing her own songs as a teenager and was signed to her first label at 19. She has achieved the #1 position in the Norwegian album charts, with her third studio album (of four). She wrote the song that came eighth in the Eurovision Song Contest in 2014, for her cousin.

Josefin records in both English and Norwegian but recent releases have tended to be in her native language, as is this one. ‘Fritt Fall’ was recorded last December as part of a package of both Norwegian and English language songs which will appear this year. I don’t know if that means on an album; I hope so.

When I reviewed her most recent album, ‘Uendelig lys; Uendelig mørke’ (Infinite light; Endless darkness), courtesy of translated lyrics Josefin sent me I concluded that she writes deeply and in a poetic style, that she sounded surprisingly French on some songs with a hint of Christine and the Queens, and that affairs of the heart, the difficulties of relationships, breakdowns, partings and reconciliations loom large in her stories. In conclusion, that the album isn’t an easy listen in any language but it rewards you for your perseverance.

Another notable feature is that she often starts off a lot of songs in the way of a gentle ballad and then builds them with layer after layer of sound so that by the end it’s a different song altogether and sometimes even an anthem.

Unfortunately I don’t have access to a translation so I didn’t know just what ‘Fritt Fall’ is about but there is some help available on her soc-med, where she says she wrote the song after visiting the Roseslottet (Rose Castle) art installation in Oslo last autumn. It is a walk-through exhibition detailing the Nazi occupation and persecution of Norway’s Jews during the Second World War.

Referencing current events that have just seen the death of a 96-year old Holocaust concentration camp survivor in Mariupol, she says,” I felt grief over the developments in our own time, and a burning desire to be someone who does more to prevent it.”

So does the song fit neatly into the categorisation I outlined above? Not really. Obviously there is no romance here; the subject matter is much more serious. Neither does it rise towards a climax; rather it reaches one part way through and then winds back down to where it started.

But that French ‘influence’ is there again. In the opening section and then briefly towards the end there’s a yé-yé feel to it. It could be Francoise Hardy or France Gall. The middle section is surprisingly upbeat, more so than you’d expect in view of that subject matter, almost a dance-y, sing-a-long pop tune. But that merely signifies that Josefin is one of numerous artists that have the ability to convey a song with a sombre interpretation in a more light-hearted manner.

What this tells me is (1) (and with all due respect to the Norwegian language), she should be doing more recording in English, because I’m as certain as ever that there is a big market available to her if the right buttons are pressed – and (2) also in French!

‘Fritt Fall’ is available on all digital platforms.