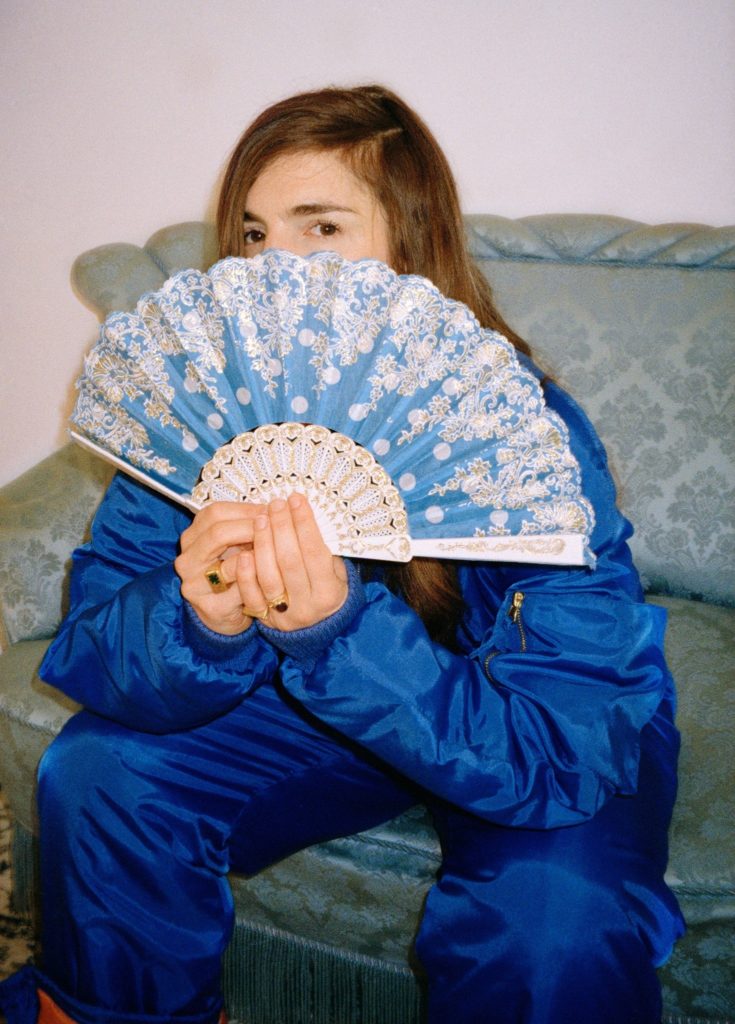 Fitting this one in quickly while trying to finish a mammoth album review but I’m glad I found the time to do that.

As I’ve probably said ad nauseam there are many reasons while I’ll select or reject a piece of music to write about in here. In this instance Josephine Philip’s forthcoming album from which this is taken is called ‘We Get Lost And Found’, which immediately put me in mind of Sia’s ‘Soon we’ll be found’, still her best song in my opinion (forget all that shouty ‘Chandelier’ stuff). Simple as that.

The other reason is the video that goes with this song. Now assuming that no tricks were used it is assuredly the first time I’ve heard a song recorded on the bare stone staircase of a house, or perhaps even an apartment block. That scenario isn’t exactly conducive to achieving the best sound quality but it works.

Everything is pared to the bone in a song that’s just two minutes long. The location (I assume ‘No 7’ is the address), the miniature acoustic guitar and the accompaniment played on it, and Josephine’s uncomplicated but sympathetic, melancholic vocal. The song is about “falling in, and through, love” and demonstrates that the story doesn’t need to be Cathy and Heathcliff or Gone with the Wind to be effective.

There are only 50 words in the entire song, which could be synthesised down to “I can’t eat or sleep or get out if bed for thinking about you, call me, I’ll make it worth your effort.”

She has the panache of Gurli Octavia in her ballads and that is a compliment.

Josephine is relatively new as a solo artist, releasing her debut single ‘Call My Name’ in May 2021 and her second ‘The Clue’ in October 2021. She began working on her album during the winter of 2019 and the process accelerated in the first pandemic year of 2020, isolation becoming a catalyst for the process as she experienced the contrasting emotions that appear in ‘No 7’.

But she has a lengthy history behind her, having been one half of the now defunct duo JaConfetti. She was also a founder of and served time in the all-female Ska outfit Favelachic and the disco popular Dullen & Dyken (which sounds like a Danish version of Beavis and Butthead), and was also ‘half’ of the duo Philip | Schneider – an experimental outfit with one foot rooted in sound and the other in visual arts.

That’s a lot of styles, and it doesn’t end there.

As one half of yet another duo, Darkness Falls, Philip has worked with Trentemøller, who acted as the producer for their EP and album and she’s toured with him, too; Trentemøller of course being a regular here. That duo also won a Robert Prize (the Danish version of the Oscars) for Original Song of the Year for their contribution to the Danish film Shelley.

And to cap it all she’s a polymath, embracing choral works, contemporary art and performance, jazz standards, experimental music, film, literature and classical music, as inspiration to tell her stories (though I doubt that jazz standards or experimental music has much influence on ‘No 7’). That makes me think of another of my Copenhagen favourites, Lydmor, who dabbles in all that stuff (and I mean all). Maybe they should get together; kick around a few ideas over a Carlsberg or two. Probably the best beer in the World, or so they say.

The album ‘We Get Lost And Found’ is written and produced in collaboration with Copenhagen based producer and musician Lasse Martinussen and will be released on 20th May 2022. ‘No. 7’ is the third single from it and is released on February 11th 2022 on her label Midnight Confessions.