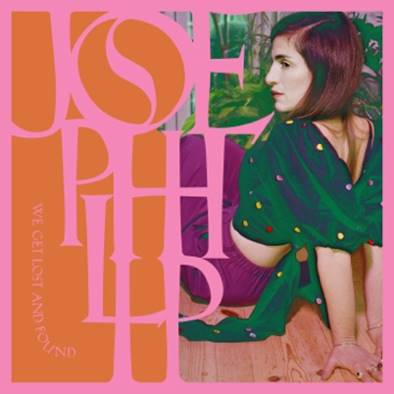 It was back in January that we took a listen to Josephine Philip, with ‘No 7’ a single from this album, ‘We Get Lost And Found’, which has just been released.

I selected this track, ‘The Clue’, as a sample because it’s the most listened to on Spotify. That might be because it was also released as a single, back in October of last year but then again it got a lot more hits than did ‘No 7.’ Ho hum, let’s move on.

I noted her minimalism previously and its evident here, too. Once again everything is pared to the bone, but the lyrics are more extensive this time, even if they are oft-repeated ones. The chorus comes around four times.

She began working on the album in the winter of 2019 accelerating it in the pandemic spring of 2020 and doubtless “inspired” like many others by the sense of isolation that was gripping most people for the first time, the intermittent feelings of (mainly) despair and (occasionally) joy. That comes across both in this song and in ‘No 7’.

‘The Clue’ is classed as a contemporary love song concerning ‘impossible love’ and its acceptance, but that phrase is subject to many interpretations. Is it impossible because it’s unworkable? Because there is no evident solution to the problems inherent within it? Because it could never happen in the first place?

The lyrics don’t offer that much of a clue if you’ll pardon the pun but my best guess is that it is a ‘With or Without You’ moment; she can’t ‘live’ either way. I offer four lines in support of this thesis:

“I told you I would die/ If you left my sight”

What we do know for sure is that the track pays homage to Nina Simone’s version of Billie Holiday’s song ‘Don’t Explain’, which was written by Holliday in response to one of her husband’s affairs.

And in this fashion she also honours the strong women who preceded her, their sound, storytelling and courage, that took to the microphone and stage many years beforehand.

I also hear a similarity in the production to the subtle laid back style of a more contemporary artist, the US’s Steady Holiday (Dre Babinski), especially on her song ‘Mothers.’

Josephine uses the full range of audio and visual stimuli available to her in creating her songs; a cornucopia of choral works, contemporary art and performance, jazz standards, experimental music, film, literature and classical music, and uses it for her inspiration.

You hear none of this until the crazy prog-style synth break that goes off at a tangent and completes the song. The musical equivalent of Tracey Emin’s ‘My Bed.’