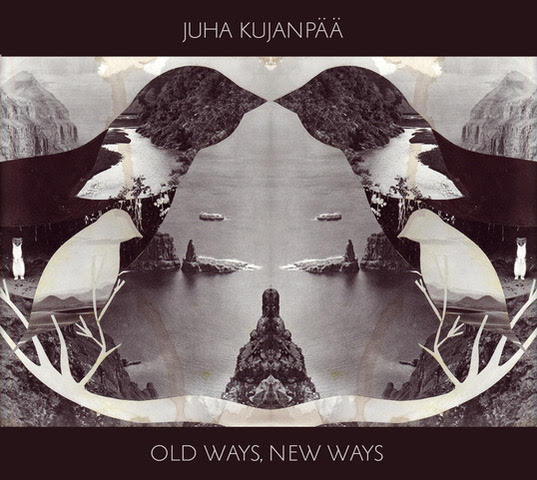 Juha Kujanpää is a musician and composer working in and around jazz, rock, world and theatre music. He’s released three previous albums to very positive international reviews with his band, Juha Kujanpää Ensemble, which was founded in 2013 and on those albums there was a combination of a four-piece rock/jazz-band and three folk music fiddlers.

For this album, ‘Old Ways, New Ways’, his line-up has changed. The core band (Juha Kujanpää keyboards, Timo Kämäräinen guitar, Tero Tuovinen bass and Jussi Miettola drums) has stayed the same, but there aren’t the fiddlers to be found who played on previous albums.

The sound of the album is characterised by wind and brass instruments, as well as a wordless vocal ensemble. He leaves listeners to decide whether the music has changed.

The album was recorded between 2019 and 2022, and was released on 9th November at the Etnosoi! Festival in Espoo, Finland.

I thought the title (and first) track would be an appropriate one. It’s a six-minute one – all the eight tracks are long, the shortest being just over four minutes – and is introduced by what I thought was a harpsichord (I’m such a philistine) but it turns out to be a kantele, a traditional Finnish and Karelian plucked string instrument, and that wordless ensemble which somehow reminds me of ‘Tubular Bells’ mixed up with Skott’s ‘My Name’.

And that vocal mellifluously interchanges with the woodwind and brass, particularly the trumpet – you can barely tell between the two at times – while underpinned by a sonorous and slightly daunting bass line.

Then it takes a different direction. Juha Kujanpää has composed music for theatre and in the central section it takes on the sensation of a film score, for a Bond movie for example, when a tuxedo-clad 007 is flirting in some or other Caribbean nightclub while trying to track down Dr X, or driving into Rio, being followed by Jaws. (You know you’ve heard the music somewhere before, even though you haven’t).

Then it shifts again, with an experimental jazz section including a tasty little trumpet solo or two before the kantele returns to play it out. It’s a veritable tour de force and one that leaves you demanding more.

I had a quick listen to some of the other tracks and there is plenty of variety here from extensively choral pieces to Middle Eastern influences to huge blockbuster film productions; all with lashings of melody.

And all very tastefully done.