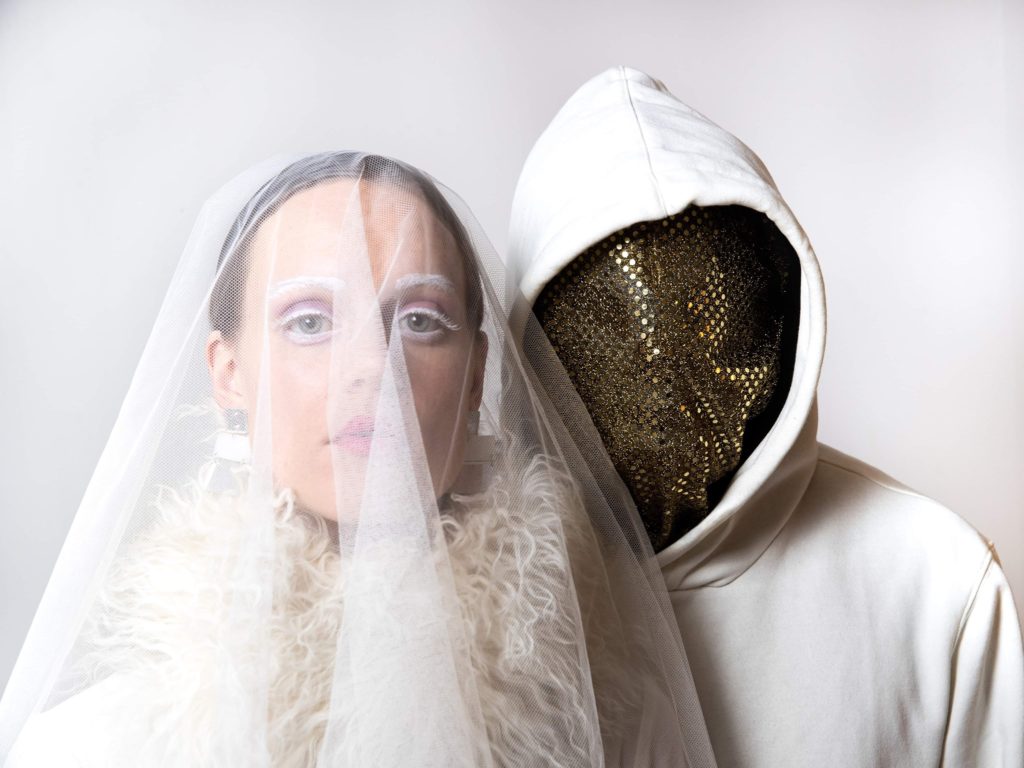 I wasn’t sure at first if KÅRP is a solo artist or a band. It seems it’s a duo and they are out of Gothenburg. What I can say for sure is that they make one hell of a racket.

I chose this track, ‘IT LOOKS BAD’ which is from the EP ‘KRIS’, released today, 27th January, partly because it has already gone out as a single but mainly because it is supremely dramatic; even more so than the other three EP tracks.

The EP is the first in a series of three which “represent the three stages of the apocalypse: chaos, silence and the new world.” We’re getting into interesting territory here. Some argue there are seven stages of the apocalypse, and there were definitely four horsemen. But I wouldn’t argue if KÅRP threw out some extra musical stages because I like what I hear.

This first EP – ‘KRIS’ – “brings us right into the chaos and disorientation of the downfall. The world is burning. The police are shooting innocent people to death. (Hmm, ok – but remember the police get shot, too – Ed.) Natural disasters and wars are forcing families to flee for their lives. The barbed wire gets sharpened by the wealthy nation’s borders and a pandemic is closing our societies down in a way that’s never been seen before”.

Then, “We started working on this trilogy after the release of our debut album in 2019. At that time you could sense the downfall like darkness at the end of the tunnel. We soon realised that the apocalypse was already here.” That reminds me of The Invaders, which everyone reading this will be too young to remember. “Only David Vincent knows that The Invaders are here; somehow he must convince a disbelieving world that the nightmare has already begun.”   Classic TV from another era.

Clearly KÅRP live in a dystopian world which makes our real one of dodgy politicians, Chinese viruses, and Russian aggression seem like the Teddy Bear’s Picnic.

The thing is how do you get that vision across? They’ve done it in what the EP will tell you is their own inimitable style, what they call the ‘thundering death disco.’

It’s hard synth-pop with overlapping melodies played sharp and fast, in a mazy and at times almost prog-like style. As if Erasure had discovered Speed. Definitely dance standard, it gets pretty close to techno. And they know how to ramp up the atmosphere as well as pump up the volume.

Now you might argue that dance music doesn’t square with the subject matter here, but it works.

The vocalist, Anna – Maria – who is a dead ringer for my favourite quirky Swede, SoLBLoMMa – which instantly endeared me to her – fits the particular demands of these songs perfectly yet at the same time sounds as if she’s been drafted in from a classy indie-folk band.

It all makes for an unusual but highly successful combination.