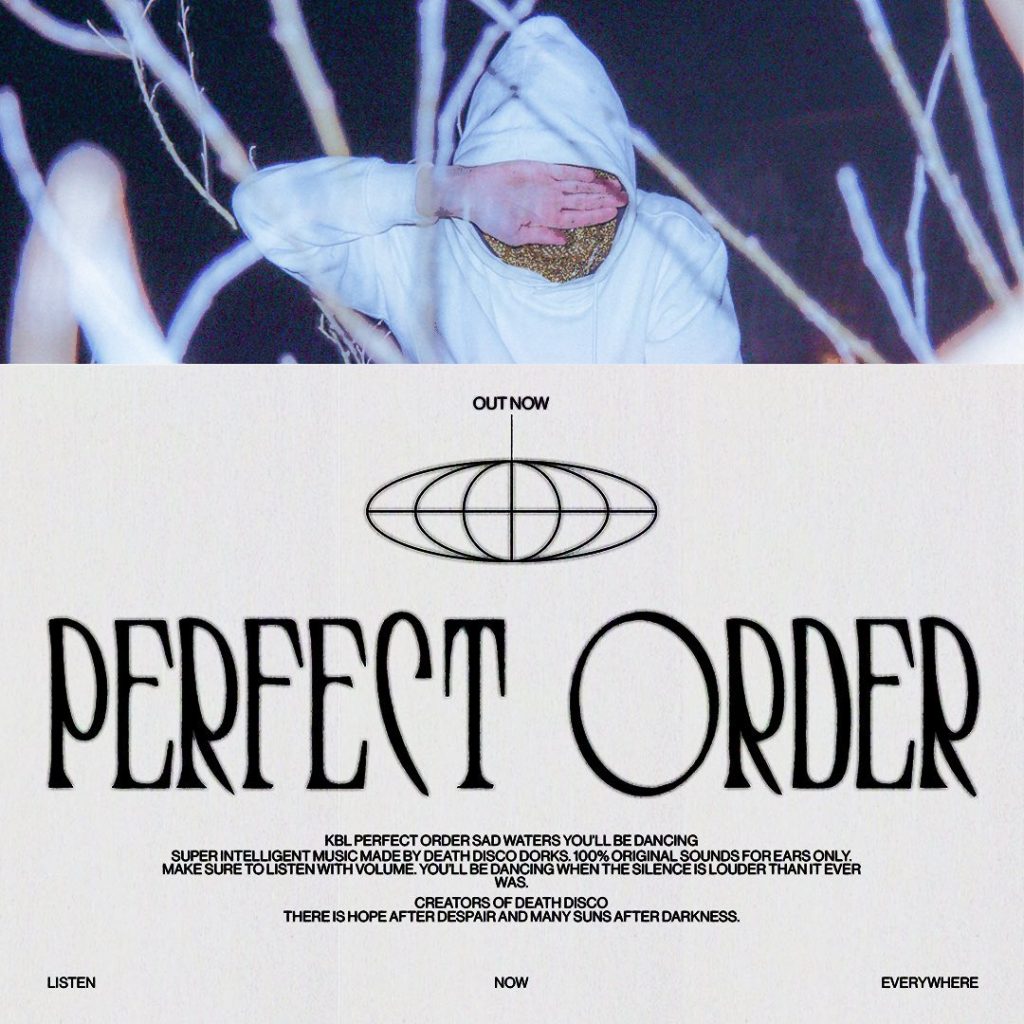 The Swedish duo, the Death Disco kids, the Alan Walker of the graveyard, KÅRP was here back in January with a previous EP. They’re undeniably prolific.

That EP was the first in a series of three – ergo this is the second – which, they say, “represent the three stages of the apocalypse: chaos, silence and the new world.” Ergo again ‘Perfect Order’ mustrepresent silence. You’d have thought that it squared more with the new world – New World Order and all that.

But all is revealed. They say, “The idea with ‘Perfect Order’ was to reflect the feeling of what happens right after a downfall. We call it the silence, and the absence of all fixed values. The carpet is being torn away under our feet in a place of total nihilism. A moment in time where there is no history or future.”

I imagine this might make for a suitable night-time listen for Vlad, along with a vodka or two, before he turns in and has nightmares.

I noted in the previous review how they lived in a dystopian world which makes our real one of dodgy politicians, Chinese viruses, and Russian aggression seem like the Teddy Bear’s Picnic and that the track that was under scrutiny then was “supremely dramatic.”

‘Perfect Order’ is not so theatrical. There is a vein of calm running through it, a frisson even of philanthropy and hope, arising out of its lighter, almost playful, synth sounds and serene vocal from Anna-Maria.

Last time out I compared them to Erasure and as the song progresses the synths do assume that tendency again but I reckon a better one here would be Highasakite in their most recent manifestation, with the caveat that KÅRP don’t over-produce; everything is kept in check, even down to the sudden and unexpected ending which perhaps signifies that time is running out for that perfect order.

The four-track ‘Perfect Order’ EP was released on 13th May. Oh, what a perfect day.

Roll on the New World.