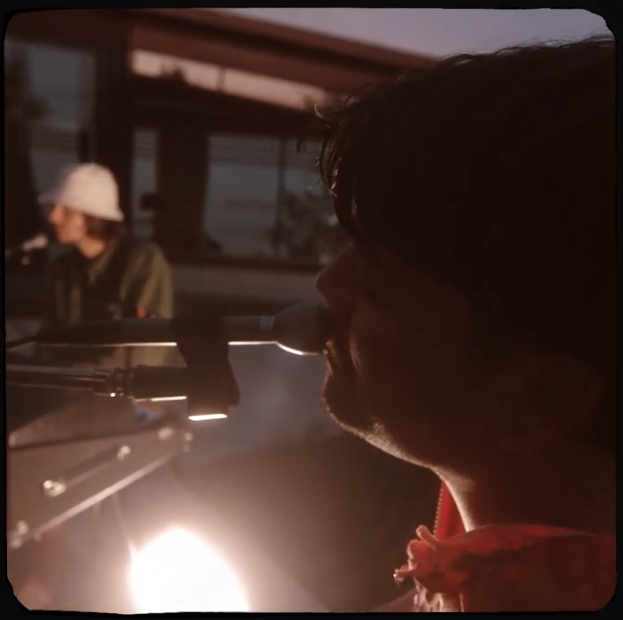 Over time I’ve written frequently about Norwegians and Scandinavians generally who are of mixed ethnic parentage and Kenneth Ishak is another one of them, having a Norwegian mother and a Malaysian father.

He’s currently working towards releasing his first solo album in a decade (the aptly-titled ‘Native Tongue’, out on 5th November) and it is one which he explores his experience of growing up as multi-ethnic, and finding a connection with the parts of his identity that were not always apparent. I very much doubt it will be a damp squib, as was last year’s Bonfire Night.

‘Something’ is the latest track from it that he’s chosen to share early, partly by way of two videos, an album version and a live version (by Lasse Gretland).

In it, he describes being overcome by a feeling of being pulled towards somewhere “I do not really know”. I guess that is the lot of many immigrants into Europe if they arrived here at a tender age.

The lyrics explain scenes from his grandmother’s house in Malaysia, what she said to him and how it has come back strong now after many years. They hinge on his hope that she would understand that he is not just a visitor to Norway but actually belongs there, too.

I’ve chosen the live video version here, which was shot in an island cabin, the song being played seven times and the fifth version used. It was shot deliberately as the evening light began to fade over the island.

Ryan Mcphun played bass, recorded and mixed. Mattias Krohn Nielsen played the giant Rhodes piano, the distinctive sound of which plays a big part in the charm of this song. While not technically a ‘power trio’ they match a broader definition of such bands in that collectively they aggregate to much more than the sum of their parts, in respect of their musical prowess but particularly in the lush harmonies.

Kenneth’s style reminds me somewhat of the Greenlander Simon Lynge.

Apparently Kenneth’s suit was stitched together for him (I don’t know what it’s made from and I won’t ask) by Tekla Lou Fure Brandsæter, who sounds like, with the change of one letter, a futuristic supercharged electric car. Nice work there!

The album will be available via Sellout! Music.