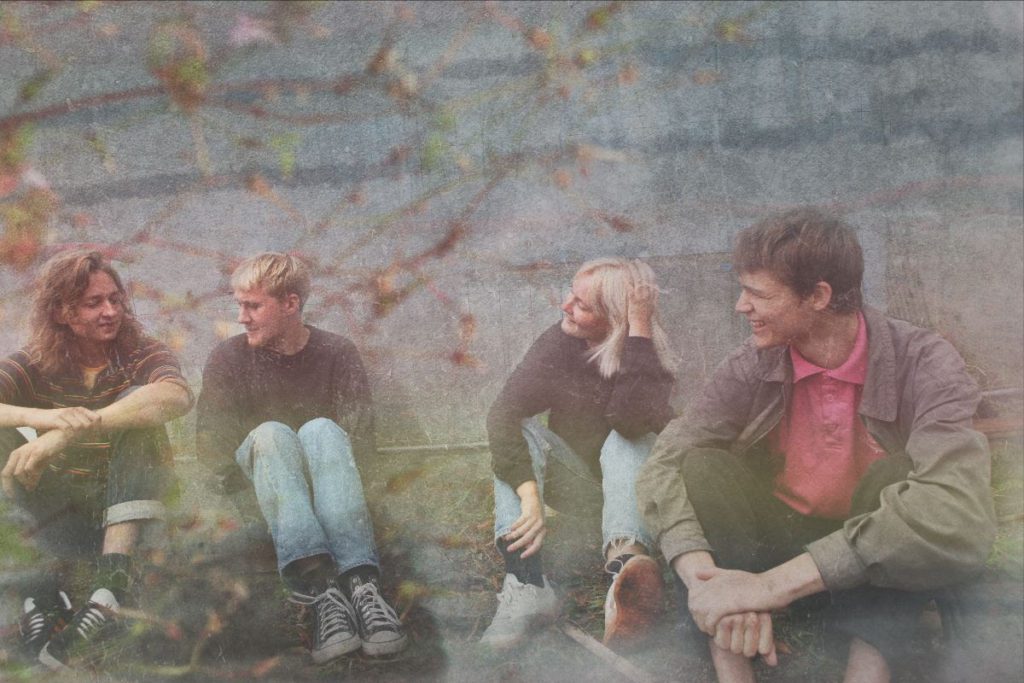 Kindsight have ventured this way once before, in November last year, when we hosted ‘Don’t you grow up ’, an earlier taste of their forthcoming debut album, which will be out in a month’s time.

On that occasion I likened them to a sort of shoe-gazey Rilo Kiley and opined that they could cut the mustard in the UK if they were bold enough to turn up here on tour. Well, I’ll be proven right or wrong, one way or t’other, because they’re coming here in May, playing three shows in Manchester, Bristol and London.

There’s nothing shoe-gazey about this latest offering, ‘Hi Life’, a rollicking pop-punk affair which I immediately thought was some sort of weird amalgam of the Norwegian bands Sløtface and Pom Poko; punk set to an obscure, almost arty math rock beat . If ‘Don’t you grow up’ is ‘feel good’ then ‘Hi Life’ is bad ass.

I said previously that I’ve always been a sucker for a seductive female voice and that Kindsight’s front woman Nina Hyldgaard Rasmussen pitched somewhere between Hope Sandoval, Dolores O’Riordan and Jenny Lewis on the previous song. But on this one she manages to channel, almost by magic, Sløtface’s Haley Shea and Pom Poko’s Ragnhild Fangel at one and the same time. I wonder what else they do to order?

And the song plays out with an almighty chorus that could be Sløtface’s ‘Nancy Drew.’

At this point I’m going to stop comparing them with anyone. I’ve heard enough to convince me that they’ve got what it takes and that three English cities are in for a pleasant surprise in a couple of month’s time.

‘Hi Life’ is out now via Rama Lama Records.

The album, Swedish Punk’ is out March 25th

May 12th – The Peer Hat, Manchester

May 15th – The Cavendish Arms, London