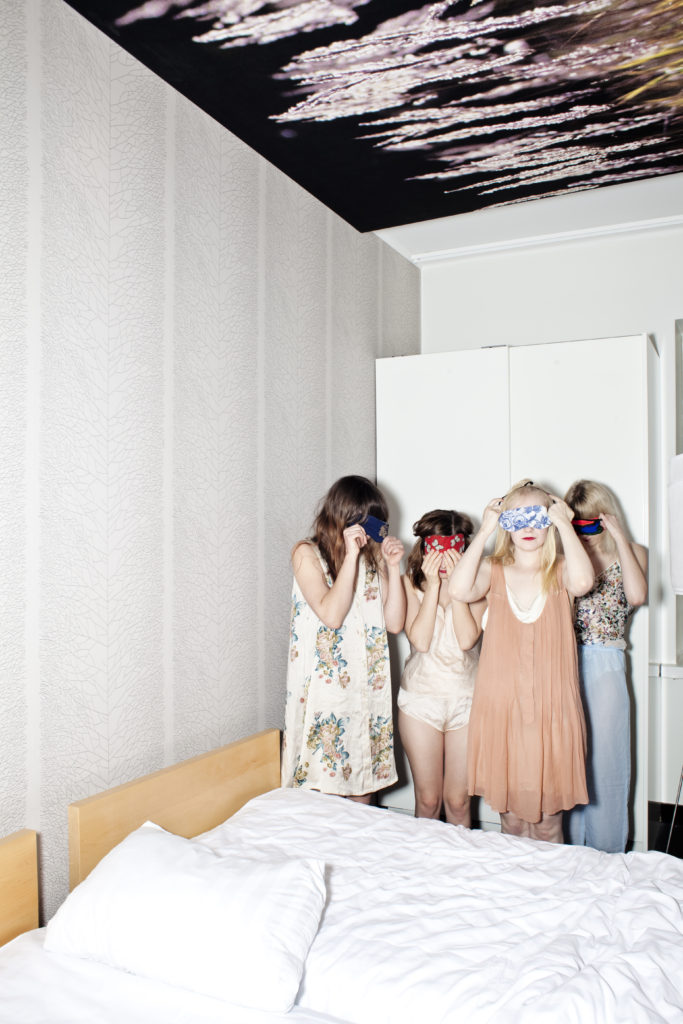 The bar must be open again. It was only three weeks ago that the four Finnish ‘Pints’ were here, with a crisp, neat piece of garage rock called ‘Aihai’ and since then we’ve also featured one of them, in the band Rules, with a slice of electro-pop.

The reason Pintandwefall are back here again so quickly is that they have an album coming out on 25th February called ‘Seventh Baby’ and I probably won’t be able to review the whole thing so I thought I’d at least check out this track, which will be the last single from it.

Song writing duties are allocated between all four members and they’ve each written three for the album. Democracy in action. The subject matter varies between what could be storylines for episodes of Desperate Housewives or The Real Housewives of Cheshire and serious stuff such as the environment and social justice. There is no title track; all their albums are called (something) ‘Baby’.

This song, ‘Last Minutes’, was written by ‘Dumb Pint’ (see the end for definitions of the various ‘pints’), who in real life is lead vocalist and guitarist Ninni Luhtasaari, together with her partner, Jake Lin, and she says that it “is very personal and it deals with some emotional laws. I prefer not to elaborate here.” You know, I misread that as “emotional in-laws”. I was expecting a tale of fighting over the Christmas turkey, or whatever they have in Finland!

It follows a similar musical format to its predecessor but is less frenetic with the guitar playing more of a rhythm than lead role and the song hanging on Dumb’s melancholic vocal which has a distinctly honest 1960’s edge to it; think, say, Melanie. Or Marianne Faithfull.

I’m not certain what it’s about. My first inkling that was that it references the ‘last minutes’ in a condemned cell but they don’t execute people in Finland, do they? Then that it might be the last minutes of an extinguishing life. One way or another, drinking in the last chance saloon if you’ll pardon the pun.

“There are all these questions I should have asked you, before/I refused to believe there would not be an encore…

During these last minutes I try to see you, once more/But my voice just cracks and I know it, down to my core”.

Actually, I have to say those lyrics are very good. The ability of non-native English speakers to write powerful words like these never ceases to amaze me.

‘Seventh Baby’ will arrive on vinyl and digital on 25th February 2022.

I had a good look around their rather excellent website and I noticed that never once since they began in 2006 have they played live in the UK. You’ll have to put that right, ladies. The band name alone would drag the punters in. And if you do make it here, the pints are on me.