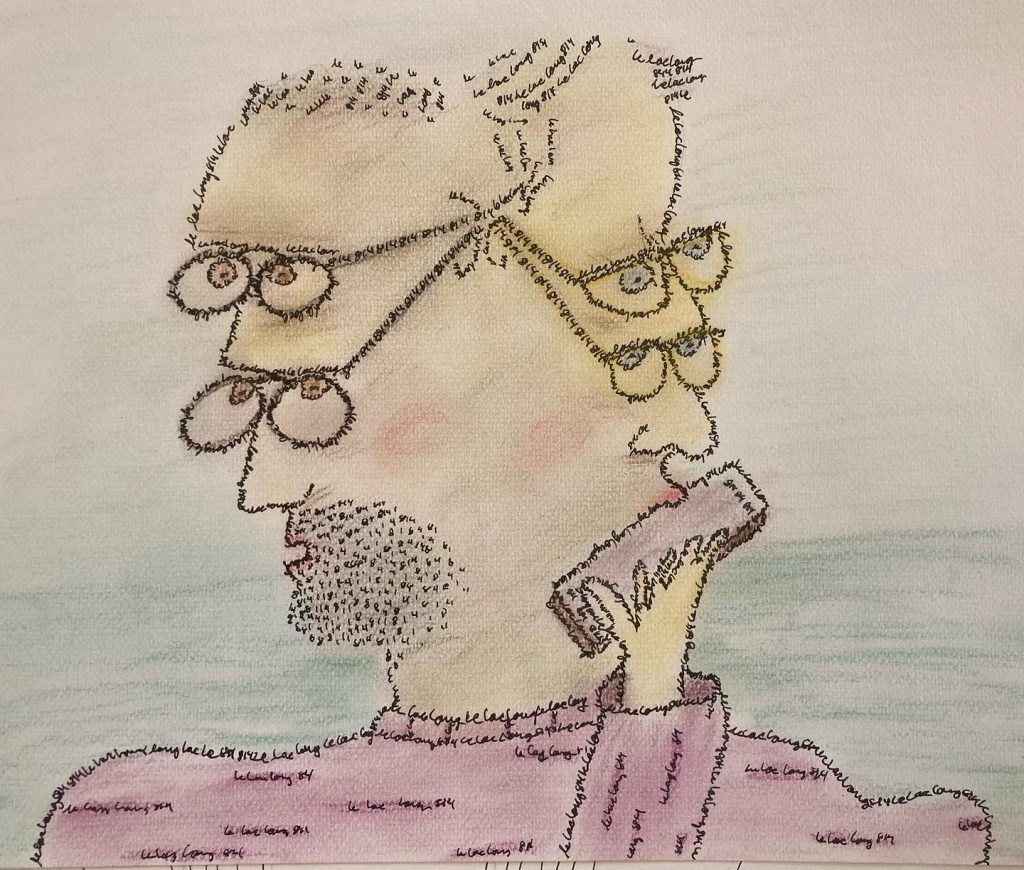 Our old friends at Le Lac Long 814 return for the first time in a while with another of their classic French songs, this time with a twist.

You wouldn’t believe I studied French at university but that was roughly at the time of the French Revolution I think, and I’ve spoken the language since about as frequently as those that went to Madame Guillotine.

So I got it into my head that Le Mousse means ‘the mouse.’ Can you believe that?

‘Le Mousse’ actually means foam, or froth, or moss, depending on which dictionary you use.

The twist here is that it isn’t an original song. In fact it is based on a poem. Written in Swedish and published in 1922. Do your best to keep up!

The poem is called ‘Jungman Jannson’ (sometimes translated as Seaman Janssen) and is one of Dan Andersson’s most famous compositions. The French text was provided by Jean-Victor Pellerin (1947).

Here’s a taste of it, en anglais:

“Heigh-a-ho Seaman Jansson, it may be your fate is waiting/not in women’s clothes but among sharks which southern seas bestow?

Maybe death is hid in ambush behind corals sharp and scathing —/he is rough but he is honest, now sing heigh-a-ho!”

So, do I get this right? Seaman Jansson’s fate lay in some or other any-port-in-a-storm lady? Or the seaman’s pronouns are she/her?

Another observation that came to mind, as it always does with anything nautical, is Captain Pugwash, the fictional pirate in a series of British children’s comic strips and books from the 1950s, and the allegation, latterly fact-checked and discredited, that there were characters in the stories called Master Bates and Seaman Staines.

But I digress. What Le Lac Long 814 (musician Daniel Östersjö and poet Bengt Söderhäll) have done is to make a French chanson out of a Swedish poem; one of the few that Andersson set to music. But then again that is their tour de force, even their raison d’être perhaps – creating French chansons. They are les champions at it. (Not champignons – those are mushrooms).

You have to expect the whole neuf metres with these two guys. Their last album, ‘Tessons Flottants,’ (which we reviewed) was a work of art, a lengthy album together with some 20 or so beautifully created art cards and associated poetry. The package they sent to me is locked up in a safe deposit box because they will be worth something one day.

It’s time I said something about the song. They seem to find a different sound with everything they record. While this one is distinctly French in tone, and Daniel’s vocal transports you instantly and as usual to Le Cafe de Flore at Saint Germain on Paris’ Rive Gauche, where you might expect to rub shoulders with the likes of Apollinaire, Descartes, Picasso, Simone de Beauvoir, and Trotsky if any of them were still avec nous, basing its main theme on a banjo is a masterstroke. In the early bars a Left Bank cafe could have been replaced by a saloon in Tombstone as the man with no name saunters into town and the locals search for an exit.

But as the song progresses it becomes a scaled-back version of Billy Joel’s ‘Piano Man’ and indeed there is a short vocal bridge which channels that song almost perfectly. The Seaman’s outlook is clearly as vague and unpredictable as that of the Piano Man, Joel’s character, who “they all go to see, to forget about life for a while.” In Jansson’s case of course he went to sea.

And Bengt Söderhäll’s bluesy harmonica is the icing on the cake.

I doubt there are any two musicians anywhere right now that are as deeply philosophical as these two. Everything they write will challenge you, without ever losing popular appeal.

The Legion of Honour surely awaits them.

This is their contribution to the forthcoming first album in the music series ‘Nordic Source,’ a joint production of the music company COMEDIA and Jan Hammarlund,  based on new and previously released translations of famous melodies from the Scandinavian singing portfolio and is aimed at an international audience. Nordic Source presents new recordings every month, translated into languages that make them available to listeners worldwide. In October, the music will be collected on the album ‘Nordic Source vol. 1.’