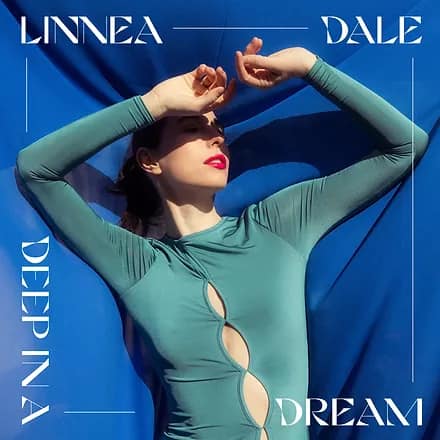 First time in NMC for Linnea Dale but she is no stranger to the business having been a contestant on the fifth season of the Norwegian Idol series in 2007, finishing in seventh place. Then she competed in the Melodi Grand Prix 2014, the Norwegian contest to find the country’s representative in the Eurovision Song Contest of that year, aged just 16. She entered with her song ‘High Hopes’ – a great title for a Eurovision aspirant – and came second in the Gold Final.

(For Eurovision anoraks, Carl Espen won the Melodi Grand Final and went on to finish eighth in the ESC).

She writes and releases in both Norwegian and English. Her first EP, ‘Children of the Sun’, was released in 2012, followed almost immediately by her first solo album, ‘Lemoyne Street’.

Two others followed, ‘Good goodbyes’ in 2014 and ‘Wait for the Morning’ in 2018. I’m unsure if this single release will presage another album (simple maths tells you that one is due, you don’t need to be a member of MENSA), there’s nothing on her socials about it but she is still active with live performances with a summer tour around Norway coming up.

I don’t know what sort of dreams Linnea has but this one would have you bouncing around the bed like Linda Blair in the final scenes of The Exorcist. The song opens with the most in-your-face bass line you’ll hear this year. Again, I don’t know what the full studio line-up was but I understand the bass player is Even Ormestad.

It starts funky and as instrumentation is successively added it gets funkier still and which is a surprise as her usual style seems to be indie/alt-pop. Is it my imagination or are more Norwegians gravitating in that direction right now? We had one another a month or so ago (Marte Eberson).

The bridge is quite unlike anything I’ve heard in a song like this previously, it’s as if a slice of another song, acoustic guitar-led, has been inserted into it by accident until there’s a series of gunshots and we’re straight back in funky town.

The more instrumentation there is (and there is a lot by the end) the better the production hangs it all together; everything is crisp and clear.

And there is a wonderful line in it which sounds like “do you want to dance like a chicken”.

Great stuff. More of it please.