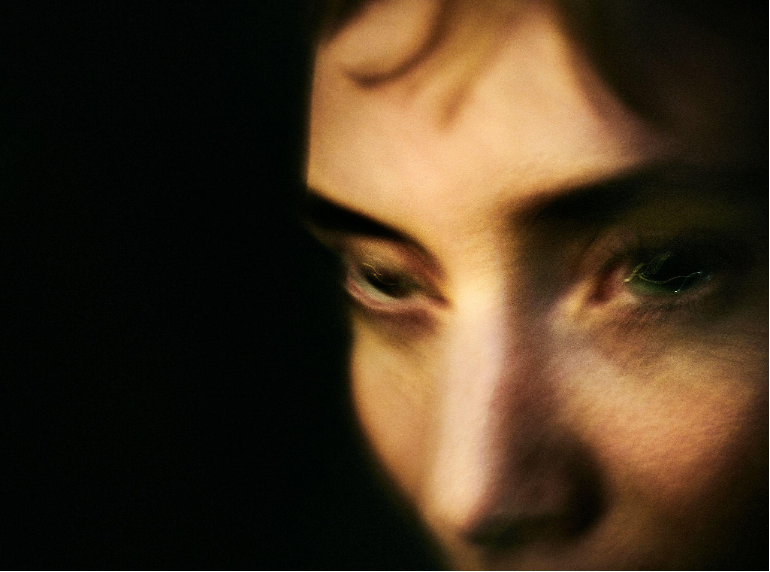 We’re a little late with this review owing to technical problems with the website.

Back in 2008 when I had a pretty basic home computer, I used to hightail it down to the library every Saturday morning, to listen to as much music and its accompanying videos as I could on their fancy new ones, in the two hours the authorities permitted me. One of my favourite artists was Lykke Li, who had just released her debut, ‘Youth Novels’ as a purveyor of what one blog labelled ‘powdered sugar pop’. I couldn’t get enough of songs like ‘Little Bit’ and ‘I’m good, I’m gone,’ sugar pop or not.

I’ve not really paid her the respect she deserves since then. That album was produced by Peter Bjorn and John’s Björn Yttling, who gave it the same sound as their own seminal single ‘Young Folks’  and I happened to notice that he is also the producer of her fifth and latest album, ‘EYEYE,’ his first production for Ms Zachrisson since her 2014 album ‘I Never Learn’.

‘EYEYE’ is by all accounts her most intimate project to date, and one recorded in her bedroom in Los Angeles. You can’t get more intimate than that though you’d think she could afford a studio by now. It is Lykke Li’s “attempt to compress a lifetime of romantic obsession and female fantasy into a hyper sensory landscape,” according to the PR; “a story about the eternally returning cycles of love, addiction, relapse and obsession,” and it notes that the title is a palindrome.

More curiously, it is described as “…not a return to form. It is Lykke’s final confrontation with the form that has defined her career. It’s a breakup with the breakup album.”

It seems she went back to basics, imposing strong rules on production values, for example no click tracks, no headphones, and no digital instruments. The vocals were recorded on a handheld drum mic.

So what has that done to this track? She said about this album three years ago that she intended to “scale it down and back and slow it down so it sounds more like soul music. It’ll still be sad, and still be sexy.”

Well it ticks two of those boxes at least, the sadness and sexiness. She can whisper into my ear like this as much as she likes. It has the raw grittiness of Nashville about it, so you couldn’t call it soul music. It is, though, music for the soul. It’s almost as if her trademark transcendental meditation has been personified.

While I wouldn’t like to think that she’s dispensed with big pop bangers altogether if her previous work had now truly ‘gone,’ on the strength of this track I’d be more than happy to accommodate this new direction,

‘No Hotel’ is streaming now. ‘Eyeye’ is scheduled to be released on 20th May 2022.The visual component of ‘Eyeye’ (preview here: https://www.youtube.com/watch?v=p7rMDynCQr0) will be released alongside the record. Directed by Theo Lindquist and shot on 16 millimetre film by cinematographer Edu Grau, the one-minute videos are meant to be viewed as fragments of a larger story. The videos “evoke the album’s core themes of fantasy, repetition, and the infinite loops we’re stuck in.” They will be released across all platforms including Instagram, TikTok, and YouTube.