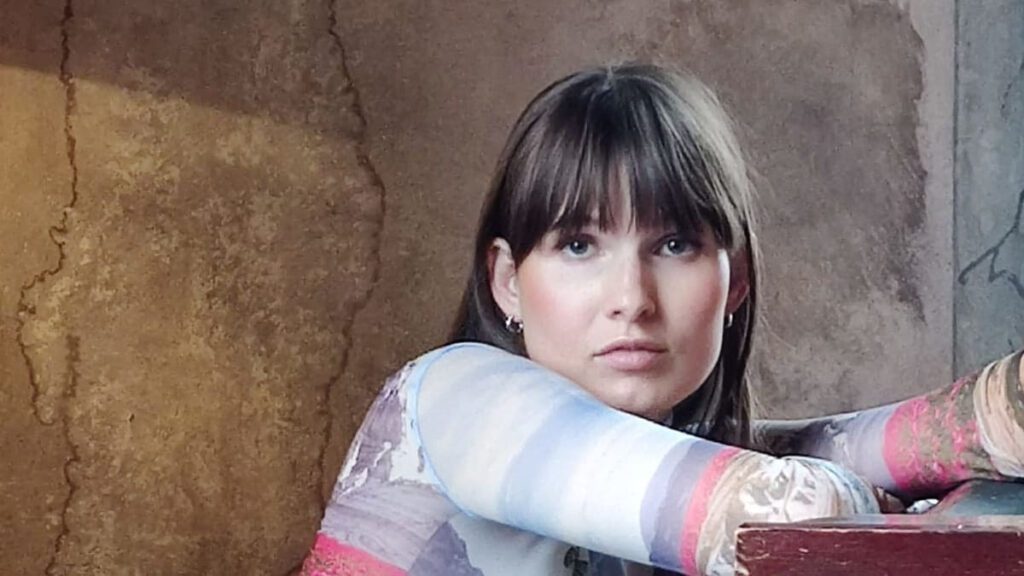 Maja Kristina (Sweden) – Someone I used to know (single)

Having just watched a bore of a World Cup opening game I was looking for a pick-me-up and I didn’t anticipate it would come in the form of a Christmas song, namely Maja Kristina (Strömstedt)’s ‘Someone I used to know.’

Truth to tell though, it isn’t a Christmas song as we know it Captain, rather it’s a break-up song that just happens to be set at Christmas. (Or, there might just be other reasons for the separation; it’s hard to tell from the lyrics).

She says, “I accidentally wrote a Christmas song, never thought I’d say that, but I did …it’s a sad one, so if you’ve had enough of happy Christmas tunes, this one’s for u.”

Then, “Christmas is a wonderful time but it can also make you feel very lonely and seeing people around you happy can be a reminder of sadness and longing. But I hope knowing that you’re not alone in feeling this way might help you feel less lonely.”

She concludes, “People don’t stop dating just because it’s Christmas”, which sort of suggests that she might be the one who’s suffering the heartbreak?

It certainly makes for a stark contrast with the only other Christmas song we’ve featured so far this year; Marte Eberson’s version of the Martine & Blane classic, ‘Have yourself a Merry Little Christmas.’

While it’s a sad, minor key dominated song it isn’t a depressing one by any means. There’s a strong melody line, a sumptuous string arrangement which also acts as the bridge, and she has a voice that will tug at your heartstrings.

Arrangement is by the renowned Swedish writer for film, Henrik Lindström.

The funny thing here is (although I might be imagining it) that the opening chords aren’t that dissimilar to the theme song, ‘All the small things’, for this year’s John Lewis TV Christmas advert, ‘The Beginner’. (For the sake of foreign readers, John Lewis’ the most anticipated TV advert of the year in the UK, and always universally appreciated).

Who knows, Maja might have written next year’s theme tune without knowing it. And I do mean that. In the meantime let’s hope it gets some decent airplay here.

‘Someone I used to know’ is out now. Maja Kristina continues to write both in Sweden and the USA to complete her forthcoming album in 2023.