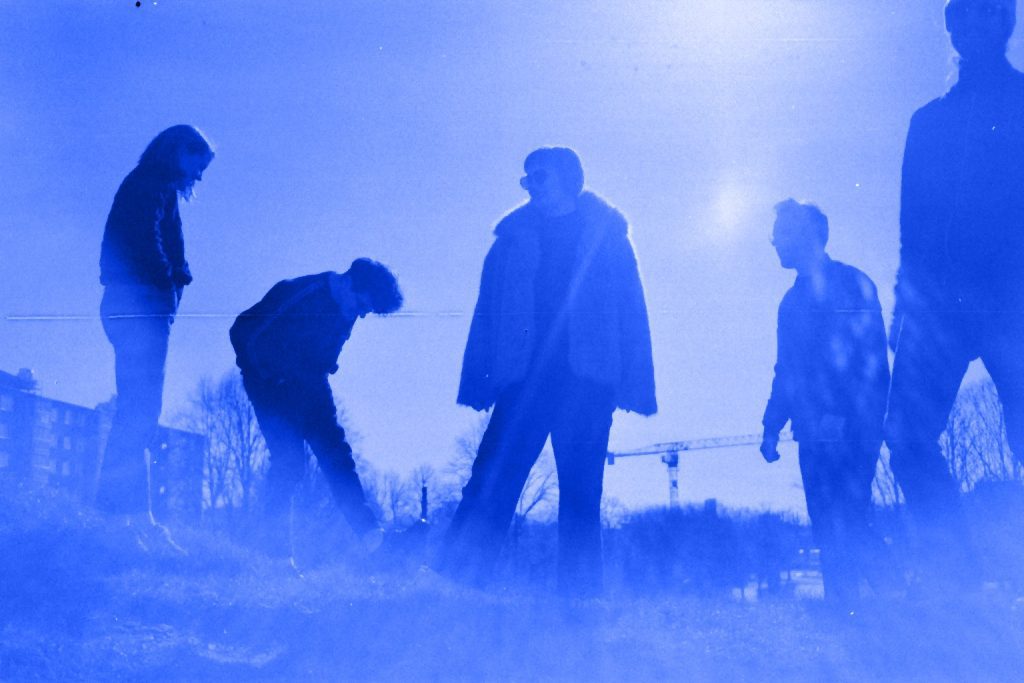 Majorelle Blue (Sweden) – Dreaming with you (single/track from EP)

Well it’s the first time I’ve heard of a band named after a colour on a Dulux paint match chart. But there’s no time for painting because Malmö-based Majorelle Blue are too busy dreaming about the things they want to do but probably never will. “What is it that you want to do?” as Peter Fonda was famously asked. And he was Heavenly Blues.

They’ve been described as “too rock to be pop, but too pop to be rock” but instead of trying to find some no-man’s land in between, they’ve created their own little niche.

As for the rock-pop conundrum, ‘Dreaming with you’ starts off with the percussive sound of Arcade Fire’s ‘Month of May’ (and that effect is held throughout) but melodically it soon drifts into Go-Go’s territory, with a tune that could have been taken straight off ‘Beauty and the Beat’ with that sweet Belinda delivering the vocal.

Ergo, they make their point. And towards the end, in the background and barely audible, is a tasty synth line that could be Martha and the Muffins or ‘Kids in America’. Tip: turn that mix volume dial up a notch or two!

And the recording sounds as if they’re in a corridor and someone keeps opening and closing the door. ‘Slipping in and out of consciousness?’ Perhaps. And I can’t make out a word of the lyrics apart from the title.

If I sound critical it’s because I appreciate hard working young bands busting a gut to get a break in the business.

And Majorelle Belle are going in the right direction, I’m sure of that.

The song is a track from their new three-track EP ‘Waterproof Mascara’ (yes, I like that), which they describe as “an indie dream for the ambivalent.” Don’t sit on the fence, give it a listen, it’s out now.