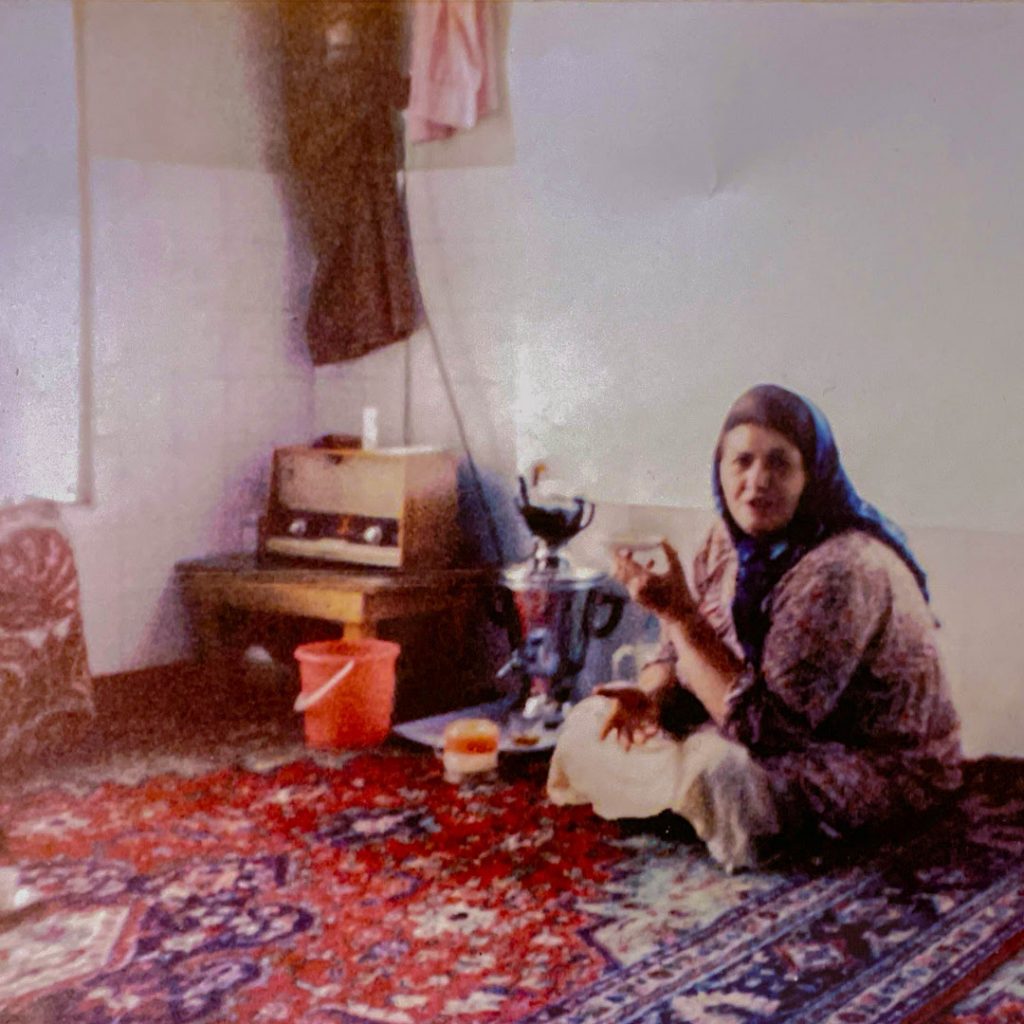 “Like to get to know you well” sang Howard Jones back in the dystopian year of 1984 but his circumstances were somewhat different to those of Norwegian-Iranian independent artist, songwriter, producer and DJ, MARIE SAHBA who relates in this song how she never got to know her family in Iran. I don’t know the background but I’m guessing that her removal to Norway was born of the political situation in Iran.

I must have reviewed a dozen such artists who have been forced to leave their homeland in the Middle East and West Asia and have been welcomed particularly in countries such as Sweden and Norway, where they have invariably done well for themselves. I’ve no reason to think there will be any different outcome for Marie.

‘Never got to know you’ depicts her longing for her family in Iran and “what could’ve been” if her own circumstances were different. In particular it pays tribute to her grandmother, who graces the song’s cover, together with a Persian flying carpet that looks just like the one in my living room, and a Bush radio that is probably tuned to BBC Radio 2, which is hopefully where Marie will end up before too long.

She says, “My longing for our family in Iran and the fact that I never got to see my grandmother has been a big part of my upbringing. I think a lot of people with similar backgrounds can relate to this song and feeling. What could have been is something that keeps on turning in my head.”

You know where you stand straight away with ‘Never got to know you’ which kicks off with a distinctive eastern beat and melody then about a minute in it explodes into a chorus that , hinged on the repeated line “know you…know you…know you” could be Rihanna.

One thing you won’t find on a Rihanna song though are those wispy little synthesised runs and noises off that the Norwegian producers excel at and there are plenty of those in evidence here. The producer in this case is Finson (Fartein S. Orestad) who also co-wrote the song.

The more I listen to it the more I hear a potential Eurovision song here. Norway has chosen its Eurovision entry this year and it is pretty good but I honestly believe this one would have been in with a chance. The structure is just right and the length is perfect.

‘Never got to know you’ is a follow-up to her debut EP ‘Out of Control’ which was released at the end of 2019. The debut single from it, ‘Take Me Back’ has been frequently played on radio and featured in the critically acclaimed  Norwegian TV series ‘Heksejakt’ and the Swedish drama series ‘Udda Veckor’. And she has written music for other short films, dance performances, and advertising jingles

Marie is well known around Norway, having played at festivals such as Trondheim Calling by:Larm, Pstereo and Sørveiv and at venues such as Oslo’s  Rockefeller, Sentrum Scene and Parkteatret, when she isn’t DJ-ing.

‘Never got to know you’ is a taster from her forthcoming EP which is set to be released in the autumn of 2022.