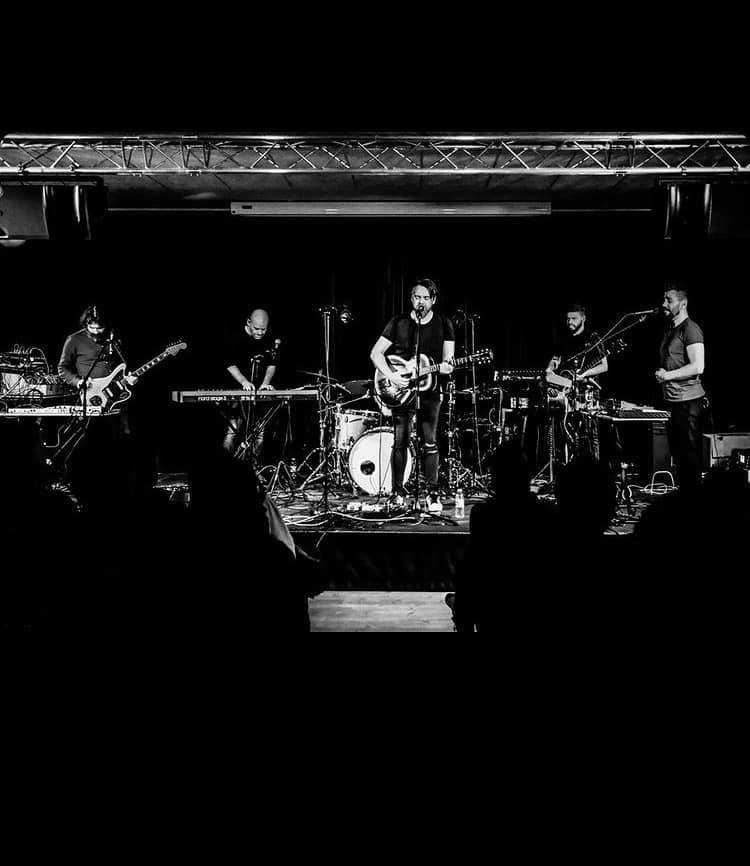 The more I learn about the Faroese music scene (and having seen Eivør for the first time only recently) the more I likee. A lot of musical talent from such a small country.

The Faroese singer-songwriter Marius Ziska (not a traditional Faroese name, methinks, although he was born there, in Søldarfjørður) and his six-piece  band (which also trades as Marius Ziska) have announced a new single, ‘Í Aldingarðinum’, taken from their forthcoming new album ‘RÚM’, (‘room’ or ‘space’ in Faroese), which is out on March 10th via Tutl Records.

The song, which translates as ‘In the Garden’ “is about getting to know your inner self and taking your spiritual journey to the next step” and he compares “this spirit living inside us” with an internal universe, a constant change, a melting furnace, and a living garden. Either way he says, it’s our own decision if we want to dig into our inner selves or not. No one can do it for us. It’s our journey alone.

Marius wrote the song, which is offered wholly and only in Faroese, as is the album, in his childhood room (I’m not sure what that means, I assume it’s his childhood bedroom, or perhaps an old playroom?) where he had a lot of time to himself during lockdown.

You know I’m always a little wary of songs in a language I can’t understand a word of, as lyrics can be so important.  In this instance “they fluctuate between the very personal and intimate to the big existential questions of modern existence in a late modern age.” Boy, that’s deep.

But some songs don’t really need to be understood in that way as they create their own atmosphere musically. This is one of them.

It starts off like as a slow burning electro/synth-pop ballad with a bass line straight out of a spaghetti western. Then a strange, youthful, ethereal and compelling female voice cuts in; one that sounds like it’s coming out of that ‘childhood room’ like a resident poltergeist.

It belongs to Faroese singer Døgg Nónsgjógv, and is utterly beguiling.

With the addition of strings the tempo increases towards a full-blown semi-orchestrated anthem, the two singers harmonising perfectly behind it.

Marius and the band have released five albums and it seems that he’s been associated with Bon Iver and the Icelander Ásgeir (Trausi) and is motivated to mix electronic pop music with the ‘melancholy’ of the Faroese nature. Anyone who watched the Faroese TV drama ‘Trom’ on the BBC earlier this year will understand that ‘melancholy.’ Everyone seemed to be terminally glum and it might have been filmed in another age.

His musical journey started with a drum kit when he was nine, which led him on to bass, guitar and vocals. Teenage bands replicated the likes of Nirvana and Pearl Jam but it was the desolate call of the Faroese landscape and wild Atlantic coast that dictated his future journey.