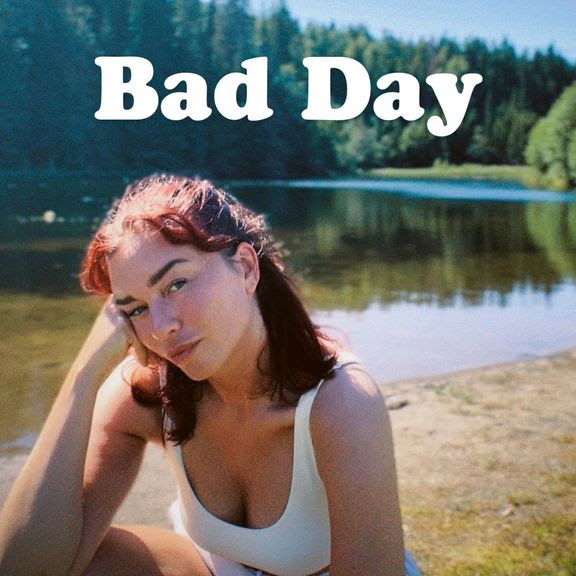 I’m always a little nervous when an artist I respect decides to go off in a fresh direction and the talented Marte Eberson, who is well-known for her telling contribution both past and present to assorted indie-rock, indie-pop and jazz-rock fusion bands did do that when she decided to return to solo work and write a new album.

It isn’t as if she hasn’t been here before, as she has released solo work previously but not for a few years and it was immediately obvious from her first single this time out, the barnstorming ‘This will blow,’ that the new work was going to be poppier and more mainstream than before. Marte continues in the same vein here, but with a follow-up that is more restrained, and introspective.

I needn’t have worried at all and one of the reasons is that smart musicians have the ability to introduce great variety into their work. Hence you can’t easily reconcile ‘Bad Day’ with the previous single. There’s no question of finding a formula and then repeating it ad nauseam until the listeners eventually tire of it; that isn’t her style. The two songs are diametric opposites and I’ve every reason to believe that will be continue to be the case with her forthcoming album too with a wide range of styles on display.

Marte says that like everyone else she has good and bad days and she pictured herself down in the dumps, wandering around the city weighed down by her own heavy thoughts while seemingly ‘doing fine’ to others.

And that scenario is what led her to build a bass line that both underscored the ‘strolling‘ idea and which might be considered optimistic and light (if a bass line can ever be that), against which she could offset heavier lyrics.

And, you know, it works really well. What’s more, the bassist, Audun Erlien, is clearly having a good day playing it.

‘Bad Day’s’ USP is more in the way of rhythm and groove than in the melody, whereas ‘This will blow’ was mainly in the tune.  And here’s the thing – you can dance to both of them, while putting your troublesome day behind you. (Indeed, Marte was seized with the urge to dance to it herself as you can see on her social media accounts).

There’s a really good vibe running through both of these songs and I’m expecting more of the same to follow. She’s gathered an eclectic bunch of musicians who know what they’re about and who might perhaps even have engaged in a little improvisation along the way.. Musically there’s a lot going on, you can tell Marte Eberson is as much a composer as a song writer, and it’s all topped off again with some deft mixing and production from Jonas Kroon.

‘Bad Day’ is out on Friday 19th August on the Grappa label. No news yet on a release date for the album.