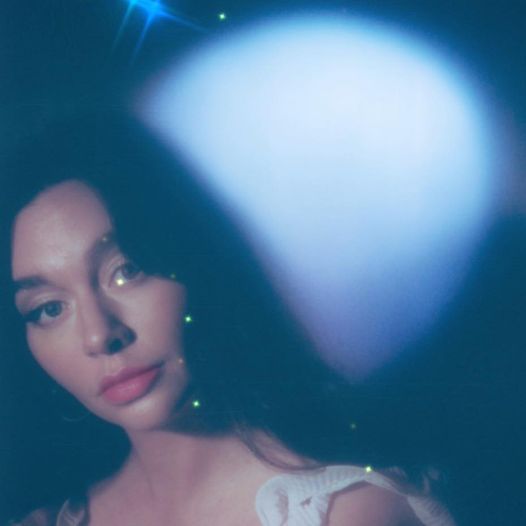 Marte Eberson (Norway) – Have yourself a Merry Little Christmas (single/cover)

One bleak, cold, dark Sunday afternoon in late November 2020 Marte Eberson looked out of her Oslo window to a depressing scene that’s very familiar to me, looking out of my Manchester window on just about any day from the beginning of October to the end of March. Hardly surprising that she was feeling down in the dumps.

But Marte picked herself up, dusted herself down and plonked herself in front of her piano to record therapeutically an enchanting version of ‘Have yourself a Merry Little Christmas’, the 1943 Martin & Blane classic performed by Judy Garland in Meet Me in St Louis.

Two years on and much the same thing happened. As she says, “It’s so freaking grey outside right now, and the days feel so short. 4pm I think it’s 8pm and I’m wondering how long I have to stay up before it’s time to go to bed. I’d rather go here in November, lie under the duvet and wait for December.”

Tell me about it Marte. I reckon it’s time Oslo and Manchester were twinned.

Undaunted though, Marte headed again to her piano, and this time turned to her regular producer, Jonas Kroon, to help her record therapeutically an even better version of what she says is “truly one of my favourites among Christmas songs,” adding little electronic,  orchestral and choral features along the way.

Now then, eagle-eyed readers will know that I featured this as the NMC Christmas Song last year and when it was first released it found its way into the publication I was working with at the time. So this makes it a hat-trick.

But what the heck, it’s a great song and beautifully performed by a talented lady who is currently ploughing a ‘solo’ furrow with material that is perhaps a little closer to mainstream pop than she’s tackled previously, and who will have an album out soon.

Too early for Christmas? No way Jose, not when the John Lewis Christmas advert is on TV already.

Anyway, this year it can be the November, pre-Christmas, lie under the duvet song.

Her objective is “to brighten my own life and maybe that of others”. I think we can safely say she’s done that.

For those that didn’t read previous posts, here are some ‘fun facts’ about the song.

In a scene set on Christmas Eve, Judy Garland’s character, Esther, sings the song to cheer up her despondent five-year-old sister, Tootie, their family saddened by the news that they will have to move from their beloved St Louis home to New York.

In 1957, Frank Sinatra asked Hugh Martin to revise the line “Until then we’ll have to muddle through somehow.” He told Martin, “The name of my album is ‘A Jolly Christmas’. Do you think you could jolly up that line for me?”Martin’s new line was “Hang a shining star upon the highest bough.” (Perfectionists will note that Marte stuck to the original version).

It’s been covered by everyone from Frank, via Bing Crosby, Doris Day, Ella Fitzgerald, The Pretenders, James Taylor and Luther Vandross, Lorna Luft (Judy Garland’s daughter) Michael Bublé, Coldplay, Garth Brooks, Tori Amos, to Sam Smith. The latter’s 2014 version was the first to chart on the Billboard Hot 100 (just, at #90) since Judy Garland’s original one in 1944 (#27).

There have been two recent recordings. In November 2019, by Richard Ashcroft. That must have been bittersweet, but he’s got a verve. Then in November of 2020 by Andrea Corr. Corr Blimey! as The Sun might say.

But none of them are quite as charming and honest as Marte’s. Can she break that Billboard record?