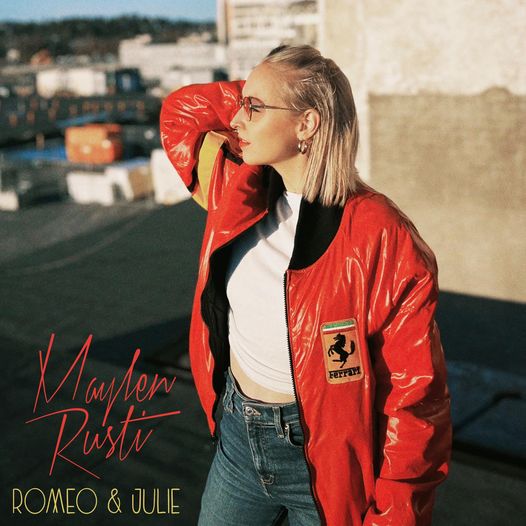 T’s gone walkabout in Verona. At least Shakespeare’s masterpiece hasn’t been reduced to ‘Ron and Julie’, like lovers’ names stuck on a 1980s car windscreen.

Or perhaps that’s the point of the title? That ‘Romeo and Juliet’ is a story for every era.

Maylen Rusti, releasing a new song into the sonnet-sphere after a lengthy break, revisits the Bard’s tragic love story in which the two main characters, Romeo and Juliet, are supposed to be sworn enemies but fall in love. Due to their families’ continuing conflict, they cannot be together, so they kill themselves because they cannot cope with being separated from one another.

And of course the critical message that Julie(t) is drugged and sleeping having faked her own death but still very much alive does not get to Romeo in time and cannot stop him killing himself, prompting her suicide, because of a lockdown caused by ‘the plague.’ Plagues don’t respect the passage of time.

Maylen’s song avoids the violence of the play and instead skirts around the ending of a relationship skilfully (“One kiss then never again/Is that what we call young love?) while subtly hinting at something a little darker depending on how you interpret it (“Now it’s just the two of us, the two of us/As if that was exactly how it should be/Exactly, exactly as it should be,” and “Because we are the sea, we are the air, we are the rain/We are the storm that blows up when we are alone”).

Does that suggest a fiery, explosive love life or an volatile parting of the ways? Your call.

I dare say old Bill himself might have learned a thing or two from that cunning concurrence of words and evocation.

Musically, Maylen has exactly, exactly, the right voice for such a song. You can really picture her as ‘’Julie(t)’. And it’s a natural storyteller’s voice, complementing a melody that flows throughout the song like the Adige River does through Verona, underscored by a punchy rhythm section that makes it eminently danceable as well.

And I have to say that I‘m getting to like the Norwegian language when used in song. It has a definite lilt to it.

So what’s next, Maylen? Hamlet? (Hamle?) You could have some fun with that one.

For now, Parting is such sweet sorrow, Maylen.

For I ne’er heard true beauty till this night…