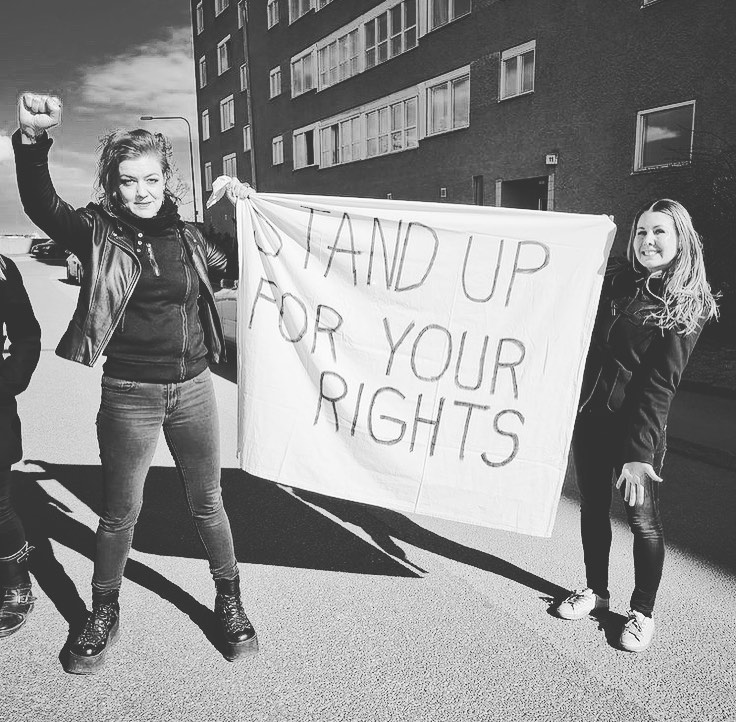 They call her the dark wave queen and her musical throne is a post-punk, Goth-like tradition which she shares with a select few other female Swedish artists.

I’ve featured Memoria (Tess de la Cour) a couple of times in the past in various publications, along with her intriguing videos. The first one was three years ago, the atmospheric ‘Cravings’, which was a cross between Anna von Hausswolff and Siouxsie and the Banshees, and it was supported by a truly scary video which seems to reference the film The Blair Witch Project and in which, dressed in eagle-like headgear, she appeared to levitate over a lake.

Then there was ’Along the Sea,’ last year, a duet with Nicklas Stenemo, of Swedish synth duo Kite, a song about loneliness and sadness; a longing to escape to better times, and accompanied by another tasteful, evocative, imaginative, and brilliantly shot video.

Now she is back with a new single from her forthcoming second album ‘From the Bones’ and hey-ho, she’s shifted the goalposts again, this time into an anti-abuse song. ‘Girl’ is a song dedicated to all women who have ever been victimised and a tribute for “daring to be strong together.”

Before I even started I knew I was bound to compare it with the work of the Master in this domain, Denmark’s Lydmor, who has written many a song on the subject already, each one of them devastatingly cutting.

There are three ways of looking at this one from Memoria: Musically, lyrically and visually.

There’s an ominous yet catchy electronic riff that pervades the track from start to finish but it is one that doesn’t quite open out as gloriously as in ‘Cravings’ and lacks the full-blown production that is evident on the earlier song. Still, it’s effective.

The video is as entertaining as usual. Dressed like one of the Blues Brothers but with the menace of a Soprano and sporting black Doc Martins that could crush the gonads of any Jeffrey, Harvey or Andy just like that, Memoria leads a protest march down Main Street, Anytown, the anonymity of the marchers (who include children) and the blandness of their banners suggesting that abuse can happen to anyone.

(Now I could argue that one or two males might have been included on the grounds that sexual abuse takes many forms and can be perpetrated by women on men, but I won’t pursue that line right now).

Which just leaves the lyrics and I have to confess some disappointment here. What they amount to are a series of statements, sound-bites if you like, which would make sense if chanted (as in ‘the girls, united, we’ll never be defeated’) but which come across as a little insipid within the format of a song.

The opening lines, for example…

…could be a prepared speech given as an address at a rally.

So, hand on heart, I don’t think that overall this production reaches quite the same high standards as she achieved previously and can’t compare it with the imagination demonstrated in, for example, in Fiona Apple’s ‘Sullen Girl’ or Lydmor’s ‘Amanda’s Lullaby’, which manages to incorporate female emancipation and escape from abuse in the same song, depending on how you look at it.

Then again, there will always be those for whom a broad, blunt statement like this is exactly what they desire in the message, rather than flowery, arty-farty poetry.

‘Girl’ is out on September 16th on the Novoton label.