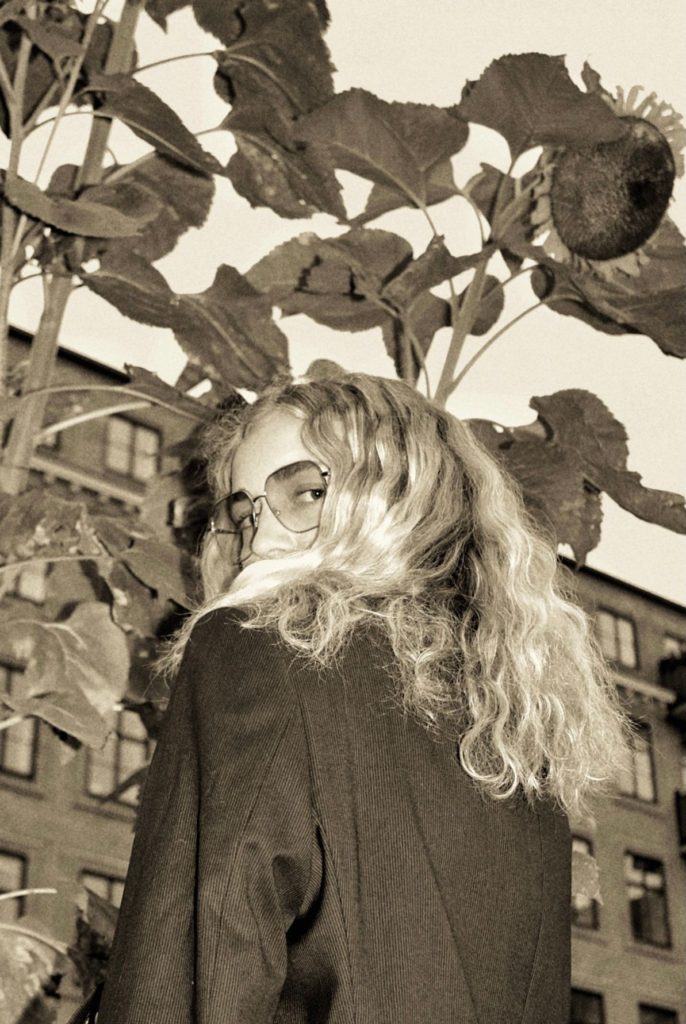 Oh, do I have some fun interrogating social media to dig up background information on artists. The only return I could get on Mercedess concerned expensive German automobiles. And as it happens that turns out to quite apt because, would you believe it, Mercedess has her own label called Big Benz Records. Is she an heiress I wonder? Mercedes (heires)s? Get it? Or she drives a Mercedes S Class?

She should definitely consider doing a pop cover of Janis Joplin’s ‘(Oh Lord, won’t you buy me a) Mercedes Benz’.

Fortunately the PR was at hand to inform me that she is from Amager, the island in the Øresund sound on which Copenhagen Airport is situated (you might have seen it in ‘The Bridge’ or ‘The Killing’ or another Nordic Noir, the Politi were probably excavating bodies by the truck load), that she makes “stylish gangster-pop” and that in 2020 she debuted with the single ‘Shy Gangster’.

Gangster-pop? What genre is that? The type you’ll hear ghetto blasting out of a hot rod on Rodeo Drive?

Well if you listen to the song its ‘Obvious’ if you’ll pardon yet another pun. The song is about feeling awkward when being in a crowd and taking back control, reminding yourself that you’re okay just the way you are and that you are “good enough”. Fighting off a panic attack would be another way of putting it perhaps? It arose out of an awkward encounter at a music industry party.

It’s about as far away from any form of criminal activity as you could imagine, a laid back, gentle little pop-R&B ditty with attractive melodies, a neat little late bridge in almost flamenco style and an early guitar riff/ bass line that reminded me of a Peter Gabriel song although I’m damned if I can remember which one. I won’t be able to sleep trying to figure it out.

This is a classy number, a cut above your average pop song, and her vocal is clear; you can hear every word. Having said that, as the song progresses, Mercedess engages in that ever so slight nasal delivery favoured by Sia in her early days before she swung on that diamond encrusted chandelier. The difference with Sia was that you couldn’t understand a word she said.

All round, an appealing song which certainly merits airplay in the UK. I hope Mercedess gets it. She’s definitely “good enough”.

‘Obvious’ is the third single from the forthcoming album ‘Casa Fantasia’, which will be released in May 2022.

Since her debut Mercedess has performed with artists like Phlake, Barselona and Goss. Is that Matt or Luke Goss, or do I need to get up to speed? Earlier this year she released the single ‘Blue’ with Goss.