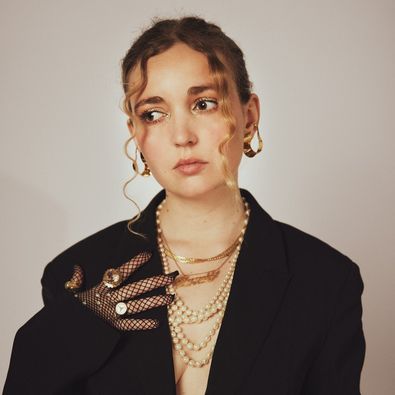 Perhaps Copenhagen has slipped into a different time zone but it’s just starting here I’m glad to say, Mercedess, even if it is a little chilly. This is the lady who has her own label, appropriately called Big Benz Records.

While she’s been branded as a proponent of ‘gangster pop,’ in reality, despite some occasional gritty street lyrics, she makes gentle, undemanding and tuneful R&B songs, of which this, ‘Summer’s already gone,’ is the latest single from her debut album, ‘Casa Fantasia’ both of which were released on 3rd June.

The song, co-written with Danish indie-superstar, Goss, is about falling in love with a season and the expectations of affairs of the heart it brings rather than with a particular person. Trouble is, it’s closing in fast and that relationship hasn’t even begun yet.

She says, “I wanted to write a song that could represent both the fearlessness of the magical summer days and the truly blue sadness of the re-occurring love story it actually is when summer eventually comes to an end. I know it’s a heartbreaking, melancholy feeling but it’s also everything I love about summer.”

An unusual concept but she carries it off well by way of a sultry, sexy and laid back vocal over a minimal, mainly acoustic guitar, accompaniment with occasional mournful trombone flourishes.

Much of the album follows a similar pattern. Classy and relaxing, perfect background music to the beach party that goes on long after the sun’s gone down.