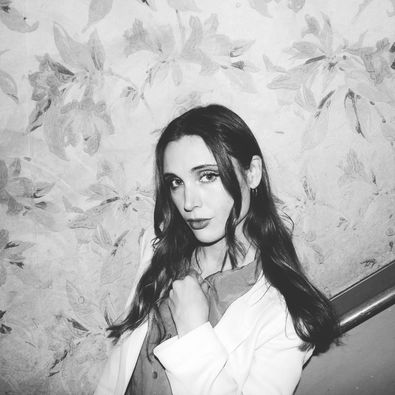 Miynt (Sweden) ‘Of the sun’ (single from forthcoming debut album)

Like just about everyone else who does this job I look to compare the review subject with an artist or band that the readers will probably know or at least have heard of; a benchmark or yardstick if you will. I’ve reviewed Miynt (Fredrika Ridding) several times but haven’t been able quite to nail her. On one occasion I likened her to Melanie (Safka, for those not of a certain age).

This time it was fairly easy. Anyone who lamented the passing of Scotland’s finest, Altered Images (actually they have reformed, as of last year, with an album to come this year), will recognise this latest song from Miynt as being, at the very least, comparable.

It lacks the jauntiness and pace of Altered Images’ songs a little, it’s more laid back, like a cabaret version, but it carries the same jangly guitar and prominent bass line, while Miynt herself has the look and sound of Clare Grogan here.

I’m not sure how you’d categorise this song. ‘Funky dream pop?’ But it’s good to know that it has surfaced in Sweden.

I don’t know what it’s about either but hazarding a guess at her whimsical fancy for a summer holiday wouldn’t be far off the mark I guess.

And I’m not , as it seemingly is based on an imaginary hotel called De la Sol (as in Costa del Sol), which translates as ‘Of the Sun’, and Miynt wanted to “catch the mood of a lazy hotel bar in the 1970s somewhere closer to the equator. An escape from the not-so-sunny Stockholm.” And the song playing in the bar was this one. Play it again, Fredrika.

The video alone sort of suggests that need to escape, doesn’t it? In it, she kicks off, pardon the pun, after foolishly throwing away her hat, by sitting on what appears to be a snowed-in 1970s football terrace (clearly not on the equator), then proceeds to amble around suburbs, a lake and parks by way of what could be a portable toilet or NHS X-Ray facility, a break on a snow-covered boulder (her head and bum must have got icy cold in this shoot), an extinguished fire, and several statues.

And she throws in a slow motion moonwalk for good measure.

It is filmed grainily and indistinctly like the amateur videos in which ‘UFOs’ suddenly appear, or Bigfoot is seen fleetingly in the distance. This lends it an endearing quality.

Grainy or not the video can’t conceal her magnetic eyes, which are every bit as dramatic as Annie Lennox’s.

It’s a slow burner but after two or three hearings it will grow on you and the subdued melody will stick in your mind.

Her debut full-length album, ‘Lonely Beach’, should be out on May 6th, via B3SCI Records. She’s had some airplay in the UK, and this album could turn out to be a springboard into a Miynted future.