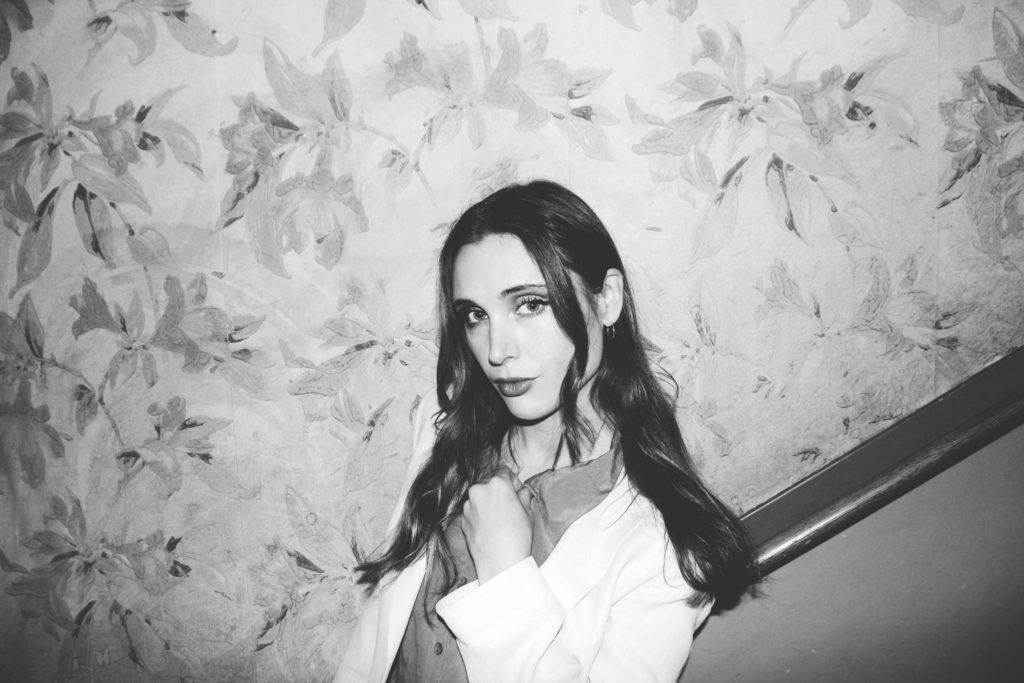 Nope, I haven’t fathomed out what it’s about despite listening to it a couple of times. What she sings is actually “station to station” (a Bowie song if I recall correctly, written during a difficult period in his life, marooned in Los Angeles).  Perhaps she’s passing the evening twiddling a radio dial. Or she’s a railway anorak jotting down train numbers as she passes through stations. Or perhaps she’s experiencing some of the disconnection Bowie felt.

(It doesn’t help that accessing the only website that contains the lyrics brings up a warning that it could eat your computer so it’s been blocked!)

But then Stockholm-based Miynt (Fredrika Ribbing) is somewhat enigmatic. When I’ve encountered her previously I’ve described her as ‘psychy’, ‘grungy’, ‘poppy’, a practitioner of electronic pop who gravitated towards guitars, and also one with a sweet, almost little girl-vocal that might belong to Melanie (hands up if you remember her). She isn’t dissimilar to her compatriot Skott, who shares a disarming conundrum with her audience.

Despite a lo-fi, stripped back to the bone level of production she throws much of the above into the pot with ‘Station station’.

There’s a guitar riff that chugs its way through the song (pardon the railway allusion) and gets under your skin in a similar manner to the riff in Fleetwood Mac’s ‘Tusk.’  There’s also a variety of keyboard and string-generated peripheral sounds that come and go and give it a slightly ethereal quality. And then there’s that seductive vocal again; one which makes Debbie Harry sound like Mercedes McCambridge. (She voiced the demon in The Exorcist).

Fredrika shares credits with Theodor Arvidsson Kylin for the song. Between them they composed it, produced it and played all the instruments.

I don’t think it’s the best song I’ve heard from Miynt this last year or so. The AA-sided ‘Give me palm trees and inner peace’/ ‘Lovesong’; ‘A bite of papaya’; and ‘Nothing personal’, all of which I’ve commented on,were all superior in my opinion but this one barely falls below their standard.

Since her debut album in 2019, Miynt has stayed occupied in the Stockholm arts scene, playing various live shows (pre-pandemic) and notably assembling a four-piece band for the Miynt project. She has also delved into the world of analogue production and recording live instrumentals. Much of her new material is also self-produced, a skill that Miynt continues to hone.

Miynted, as we say in Manchester.

The song is out now via B3SCI Records and is a precursor to Miynt’s new album, which is nearly complete and is expected to see an early 2022 release.