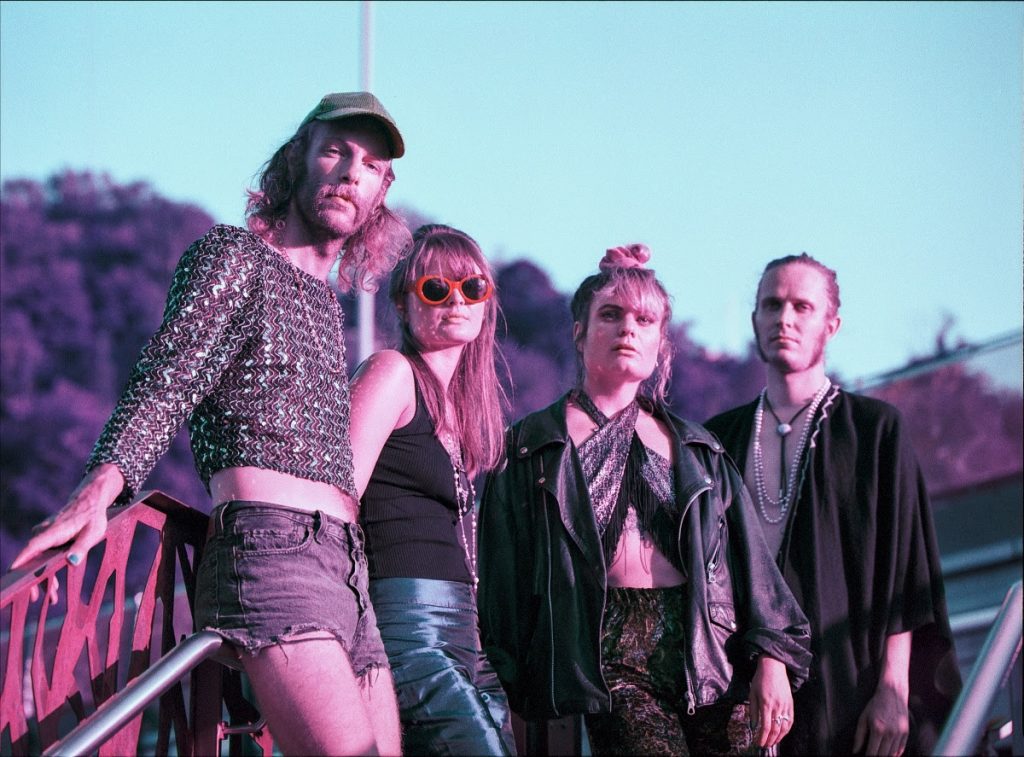 It was in October last year that Mokri first imposed themselves on NMC with a song/track from their second album called ‘Don’t wake me up.’ I remarked at the time that this supposed ‘plastic noise rock band’ was nothing of the sort. That there was a lot of noise for sure, and yes, it’s rock and it would wake you up. But it wasn’t plastic.

On 1st April that album (‘Heart Change’) was released. I’d prefer to review the lot but the workload is high following the recent website shutdown. So I decided on a focus track, and it is the opener, conveniently called ‘Open up your heart’.

I’d read that there was great variety on the album and that it spans a panoply of styles and sounds. If these two tracks, ‘Don’t wake me up’ and ‘Open up your heart’ are anything to go by that observation is spot on.

‘Don’t wake me up’ is highly reminiscent of Headless Heroes, the eclectic collection of musicians who, about 15 years ago, rewrote and recorded psychy covers of cult classics from the likes of Nick Cave and Jesus and Mary Chain, and especially in the way singer Christine Marvel Enbegretsen delivers it, a la Alela Diana.

‘Open up your heart’ has psych overtones too, but more powerful ones, more industrial, with a hypnotic obscure beat that might suit an Indiana Jones movie. Ms Enbegretsen chants her lines as much as sings them and I’m darned if I know how she gets her cues from that beat. It’s virtually guesswork.

By the time it reaches the end it’s verging on Death Metal. What could we call this? Melodic Black Metal Psych? I’m not sure how to classify them. I only know it’s very effective and highly listenable.

And there’s just the right amount of experimentation in many of their tracks. Enough to entice you but not so much that you’d tire of it.

‘Heart Change’ is out since April 1st on limited coloured LP, LP, CD and digital.