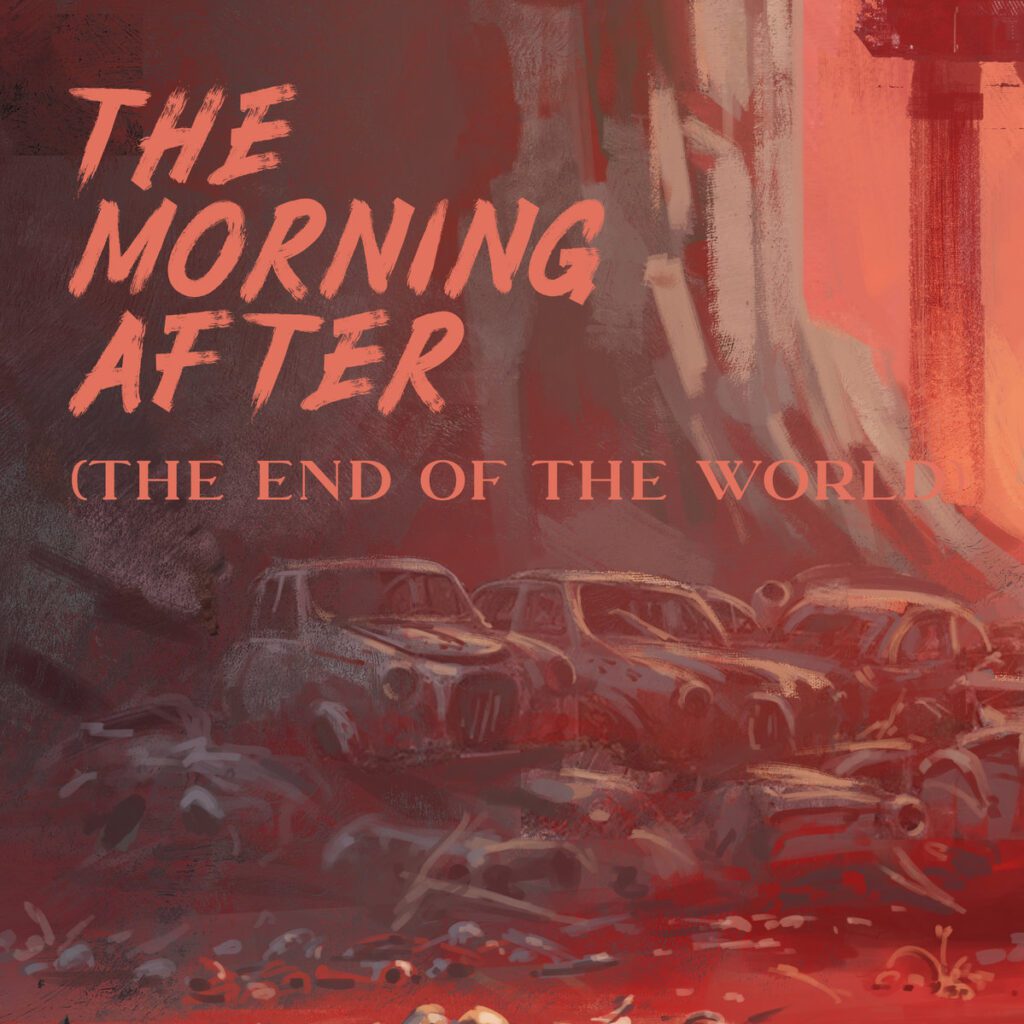 I haven’t seen a title that ominous for a while and it comes at the right time I suppose, what with everything that’s going on in the world right now.

It’s apocalyptic to say the least, and the Lund vocal (his email address has ‘666’ in it!) could have come straight out of ‘1984’, but I can’t figure out if it is referencing nuclear Armageddon, some or other climate event, or something else altogether.

What do you think?

“Heaps of cars, bricks, and stones/Here and there a naked bone/Black burned stretches of barren fields/Enough to make you feel alone

(And there’s more of the same).

One thing I did notice about the lyrics is that they read like a poem; a succession of quatrains and rhyming couplets, and I wonder if that is how the song first saw the light of day?

It has the same sort of rhythm and cadence as Zager & Evans’ standard ‘In the year 2525’ with the addition of a nice little violin/guitar bridge. Perhaps it isn’t as visionarily prophetic as that little ditty, which spanned 7626 years, but it is food for thought, for sure.

The album it is from, thestrangely titled ‘The Sound of You Sick’, will be released on The Twilight Tone Record Co. later this year and the vinyl album is available now.