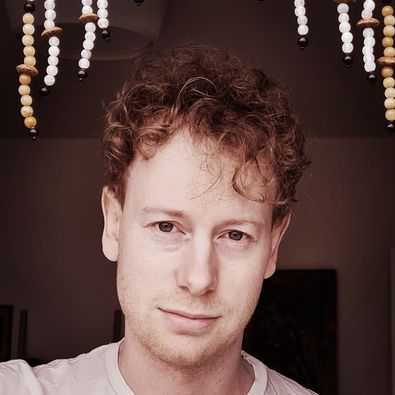 Apart from their Eurovision entry we haven’t entertained any Icelanders in here for a while. It’s time to put that right and in any case I’m familiar with Myrkvi (real name Magnús Thorlacius and the moniker means ‘Eclipse’) from a couple of years back when three singles came my way in quick succession, one of them concerning a trip around the coasts of Australia and Iceland with some mates and another about finding someone who turns your world upside down. I suppose that could be the love of your life (as it was in his case) or a WWE wrestler.

Both were big subjects to tackle but for this new song he’s scaled down somewhat to sing about “a wild seed that aspires to grow and get to know the warmth of the sun” and in an appropriate relaxed manner. And it’s in Icelandic. ‘Villt fræ’ does actually translate as ‘wild seeds.’

The style is something he’s familiar with, having grown up listening to folk singer-songwriters and playing the classical guitar.

As for singing in Icelandic, well that’s an interesting one. I’m all for it I’ve remarked several times recently about the growing propensity for artists to sing in their own language rather than English and quite a few did that at the Eurovision Song Contest (including Iceland). Many songs have a lilt to them which is lost in translation into English.

On the other hand the market for an Icelandic song is 350,000 people plus a limited diaspora abroad. The British and the Americans typically won’t make the effort to listen to something they don’t understand.

Which is a shame, because this folk-pop style of his is as good as anything you’ll find in those countries.

He’s used a 6-string ukulele before and I’m guessing it might be a 12-string acoustic guitar here, there’s a richness to the sound that complements his emotive vocal. I’ve compared him to Donovan beforehand but there’s no simple analogy with anyone or anything here.

Iceland is the source of a vein of musical talent that runs deep and which covers all genres and styles. But I think it’s true to say it is best known for its off-the-wall, larger than life artists like Björk, Sigur Rós, Of Monsters and Men, GusGus and last year’s Eurovision entry, Daði Freyr, the first two of whom are known to be surly and uncooperative when the mood takes them.

Not so with Myrkvi. There’s something about his persona which suggests you could share some shark meat, half a dozen or so rams’ testicles and a Brennivín or two with him after the gig. And for that reason alone I’m hoping he might yet show up at this year’s Iceland Airwaves, the last two having been cancelled because of you-know-what.