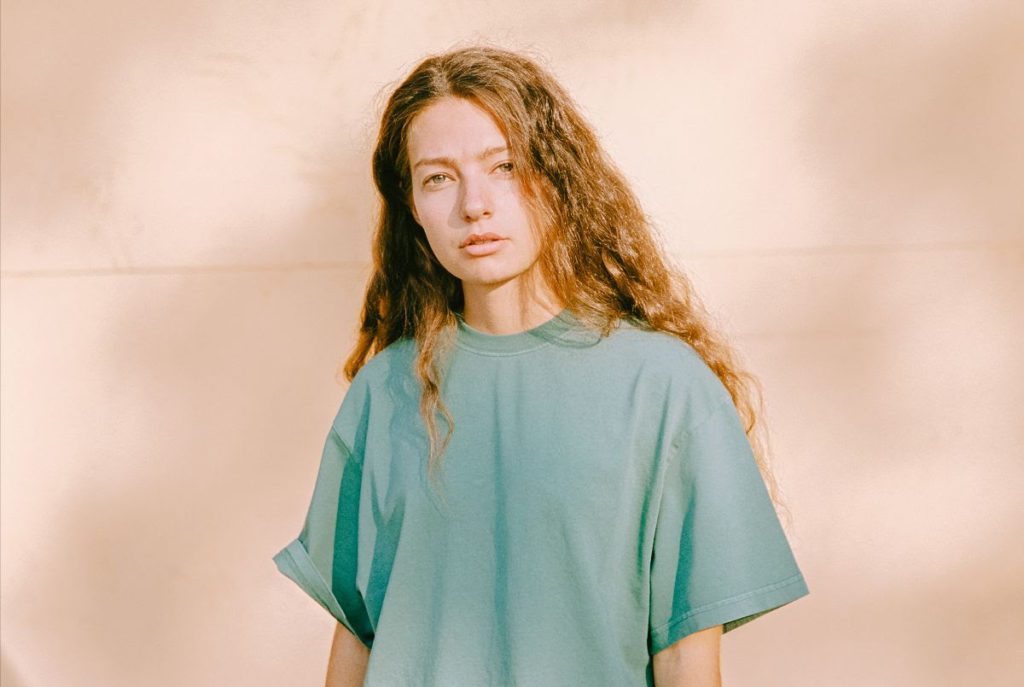 ‘Georgiadis’ sort of gives it away, doesn’t it? Her father is from Ioanninna, a town on the west coast of Greece and she lived there until she was three years old, after which the family moved to Norway (her mother is Norwegian), settling in…Tennfjord, which is in the Ålesund municipality.

Greece has been a regular Eurovision participant since 1974, has actually won it (in 2005) and – here’s a thing – has never finished last. Unfortunately you can’t say that about the UK. We own that position.

Amanda Tenfjord is one of those artists who was often proposed as the ‘next big thing’ in Norway without quite making that breakthrough but when I saw her performing live at Iceland Airwaves a couple of years ago it was evident that she is the real deal.

When the pandemic first struck she was getting consistent airplay on Norwegian radio, had worked with other writers who have written for the likes of Lewis Capaldi, Sigrid and Aurora, and had toured with Highasakite, still Norway’s biggest band. Latterly, live shows having been sidelined, she has been working on her debut album (she has an EP under her belt) while combining her music career with medical studies and actually working in a hospital during the pandemic.

That’s three female artists I know of now who have partly or wholly suspended their music careers to fight on the Covid front line. I feel an article about them coming on.

As for the Eurovision gig, her manager was approached out of the blue by someone in Greece to perform a song for the show. She went through the shortlist procedure and she was subsequently chosen as a finalist.

It isn’t clear if she has written it or whether she will just be singing a random one, the information has been contradictory. One story has it that the song will be selected from a total of 40 submitted to the national broadcaster, another has it that it will be a ballad she is yet to write but will be concerned with a romantic break-up.

She says she has long been a fan of Eurovision. And haven’t we all, darling!

Amanda (in the same way as the Norwegian contribution) will start in a semi-final when the event takes place in Turin in May with up to 41 nations expected to participate in 2022.

Two videos to show you. The first one is of the selection procedure and also contains a great deal of additional information about her.

It’s wasn’t difficult to select the second one. When I saw her performing this song, ‘Kill the Lonely’, in Reykjavik it was the clincher for me. Performing live, she has a voice, power, and stage presence that sets her apart. And that’s why I chose this live video. You know what; she should simply perform this at Eurovision. It might just win it.

The unusually titled ‘Kill the Lonely’ isn’t a call to eliminate Billy No Mates but rather to abolish feelings of loneliness, including those that persist within the mind even in the company of people. It’s also a call to arms for dumping the smartphone and talking to each other face-to-face. It should really be called ‘Kill the Loneliness’ but that doesn’t scan. And it was written before the pandemic so, yes, I suppose there is a degree of anachronism in the sentiment!