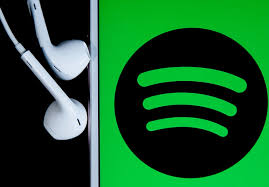 The tempus has fugited again and we’ve gone almost two whole months and into another since the last Playlist.

Hence I’ve extended it slightly from 10 to 12 songs but even then I’ve had to leave out so many good ones as I decided to focus on artists who haven’t been in it previously.

So this time out we have some gems from all the Nordic countries, with two from Iceland and one from the Faroe Islands numbered amongst them.

From Iceland there’s some retro pop from Fríða Dís, featuring a cameo from NMC regular Soffía Björg, and in complete contrast is Inki with a strange but fascinating song that is based on interviews with inmates of Iceland’s women’s prison.

The representative from the Faroe Islands is Frum, who is on the ‘Run’ herself, but not from prison (she actually lives in Iceland as well).

The sole ambassador for Denmark this time out (and in many ways she is) is one of my longstanding favourites, Lydmor, with a new, acoustic and passionate version of her song ‘LSD Heart’ which was on her last album and which will also feature on her next one.

Two Finnish contributions this time come from the energetic Knife Girl and from another regular, the suave Stinako, with a departure from her normal modus operandi, a banger I’d put money on to win Eurovision.

Which just leaves Norway, represented this time by Rikke Normann, with a song from an EP of covers of previously released songs; Maylen Rusti, with a sweet little song based around ‘Romeo & Juliet,’ and finally a soulful tale of playing ‘Safe’ from Sofia Aarvik.

You can find links to all the artists in their individual review pages.