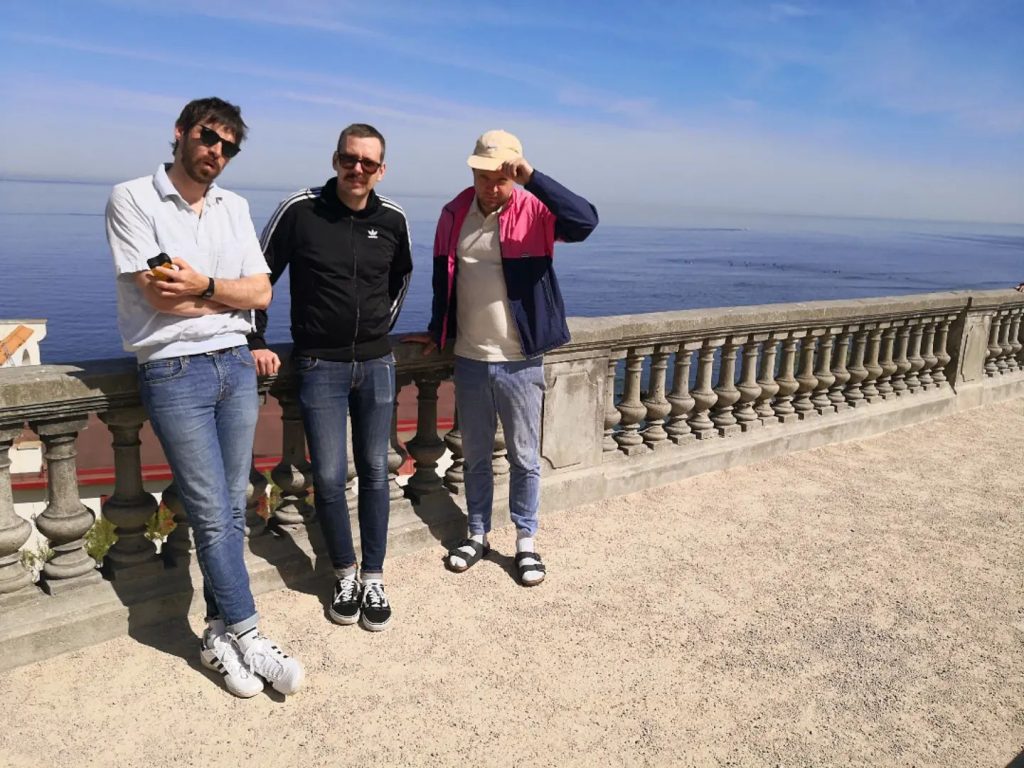 A couple of years back I did a long write-up about Orions Belte but I can’t for the life of me find it so pardon me while I start again from scratch. Strange name isn’t it? On the same word-manipulative lines as Shakespears Sister I suppose.

They are a trio who play record and play instrumental music only. They formed when guitarist Øyvind Blomstrøm and bass player Chris Holm met while playing in a touring band for another Norwegian artist, later recruiting drummer Kim Åge Furuhaug, who shared a similar taste for such music. They notably recorded their first album, ‘Mint’, within a few days of meeting up in Bergen; one that was itself notable for its eclectic mix of sounds and styles, a sort of ambient pop treatise.

Their follow up EP, ‘Slim’ (2019) was funkier and weirder, followed by another full-length, ‘Villa Amorini’ – named after a restaurant-cum-music venue – and then as the pandemic set in they began recording a series of live albums of which this one, ‘Scenic Route pt. II’ is the second, as it says on the tin. Each member is responsible for writing one of what will be an album trilogy by the time it finishes.

The first one (released summer 2021) was recorded on different mountain tops and small farms in Western Norway, while this edition was recorded at a “legendary cabin in the Oslo woods,” another restaurant, called Østmarksetra. They like their food, these Norwegian guys.

I was going to select the fourth track, ‘Papillon’, as the focus track for the simple and only reason that I was a big fan of the Henri Charriere (‘Papillon’) biographies of his imprisonment on Devil’s Island and all the other paraphernalia when they first came out.

But I opted instead for ‘How long is…cold pizza good for’ (#5) as it has by far the most hits on Spotify in a short time and I’m glad I did because unlike ‘Papillon’, which is generic in style, this one gives me an opportunity to make a comparison or two. It has a fast paced jazz-blues-rock fusion feel to it not dissimilar to Manchester’s very own GoGo Penguin and with a heavy emphasis likewise on sturdy wandering bass lines.

At the same time I hear in the guitar distinct parallels with Jon Eberson’s style, especially on ‘Strange Highway’ from Eberson’s latest album, ‘Between Two Worlds.’

Now you can’t ask for a finer set of comparisons than that, can you?

What’s more, they recorded this live album on video as well, so you can watch them play it (15:23) and imagine you’re there while you’re eating your own cold pizza.

The album is out now on Jansen Records.