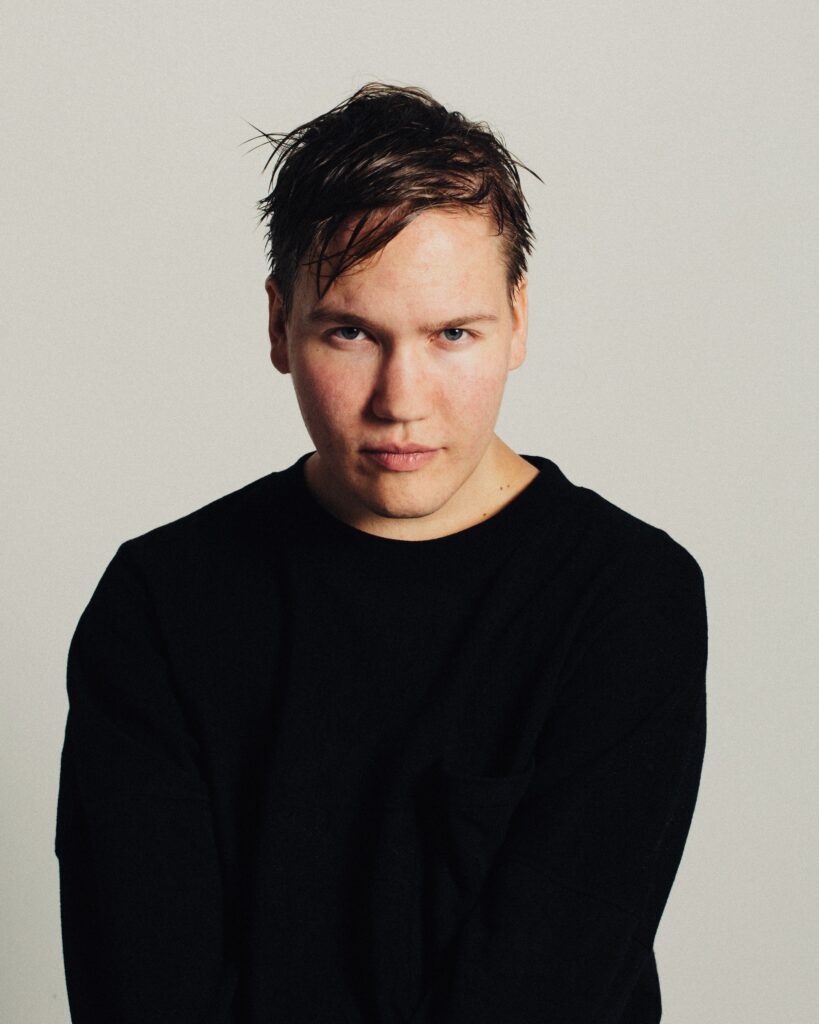 I don’t think I can do justice to this album by selecting one track but after spending many hours listening to Stinako’s album last night it has to be, or the housework doesn’t get done again.

We’re back in Finland again and I was attracted to what Pyy said about himself and his album ‘Maailma Lopu’’. I’ll synthesise it down to this:

He’s an artist and producer from Helsinki and this is his “postmodern pop debut album” ‘Maailma Lopu’ which is a play on the Finnish word for apocalypse and a cry for the world to ‘just end already’. That’s a daunting start.

The overall production sound and aesthetic was carefully considered and ‘handcrafted’ during the five years that he spent working on the project. His inspirations are many and include, inter alia, photographer Peter Hujar (a black and white portrait specialist), American genre-busting essayist Maggie Nelson, who writes about everything, The Kinks in the 60s (ok, fair enough, I’m onboard there) and Francesco Risso of the Italian fashion house Marni (ha, I misread that as Francis Rossi at first)!

He goes on to say that every aspect of ‘Maailma Lopu’ is “a desperate attempt to connect with fellow humans”, (or as we say he needs to get a bit more often), adding “for me, this is not just an album, but essentially my life so far in 12 songs: an utterly personal study of stepping into the light, of becoming seen, of not holding back, and ultimately, of self-acceptance.”

That bit about “my life in songs” set me on edge as it got me thinking about Lukas Graham’s ‘7 Years’, a song that simply depresses me.

But I needn’t have worried. If this first track, ‘Jään yli’ (‘Left Over’) represents a sliver of his life it must have been party year or gap year. It isn’t anything like as heavy or even pretentious as I feared it might have been and even has a boy band feel to it. With a catchy riff that sounds like it might be coming out of a kazoo it might even qualify as a Eurovision entry. Of course, not having the lyrics means I could be barking up the wrong tree entirely but I’ll stick with this interpretation as long as it’s justified.

I managed to listen briefly to some of the other tracks and there’s much musical variety: big compositions, fleeting ephemeral acoustic guitar numbers, experimental works, mainstream pop, it’s all here.

But more than anything else it is undeniably Finnish – a quality I’ve tried to bottle and examine previously without success. There’s a website called Good because Danish, which promotes Danish music as it says on the tin. Perhaps there should be one called ‘Different because Finnish’. Because it is different. Every time.