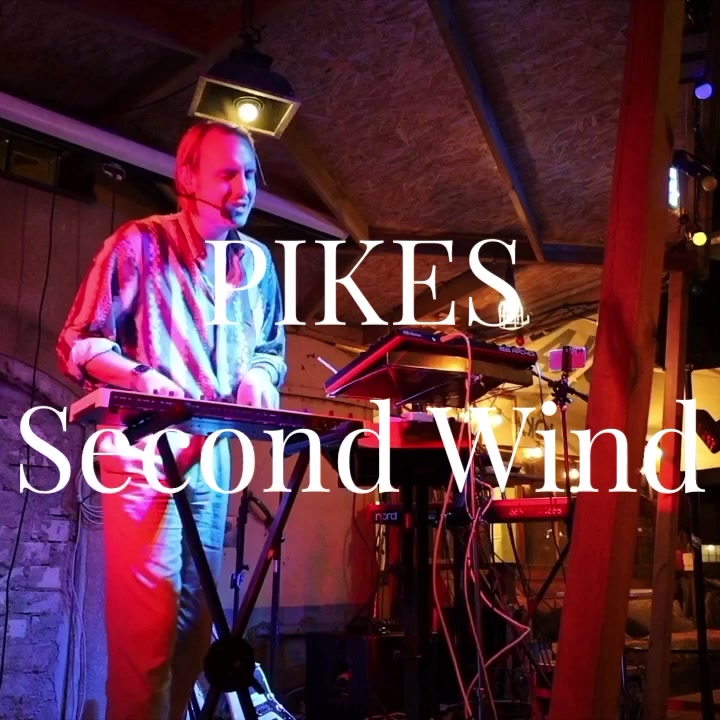 The PR for Pikes mentioned that he is “influenced by artists such as Peter Gabriel, Frank Zappa and Kate Bush” and included a quote from a review which nailed him as “a blend between Bon Iver and…Genesis”.

I guess the dots preceding “Genesis” are there because you don’t expect the 1970s prog-rockers to be mentioned in reviews any longer but both comments are spot on. The melody line to this song is remarkably similar to that of Gabriel’s ‘San Jacinto’ albeit speeded up a little, and the way in which Pikes sings it equally relatable to Gabriel.

But don’t read that as a criticism. If you’re going to channel anyone it might as well be one of the most charismatic performers in rock history. And in social media he describes himself as making “niched songs for the masses”. Yep, that’s Gabriel.

He says, “‘Second Wind’ is a song about feeling low. I felt like I was just waiting for the rest of my life. As an artist it is so easy to never live in the moment (rather) always living in your next release, next concert or next project etc. Since I wrote this song, I have started actively working towards appreciating each day. It is such a cliché but even if I, like all of us, have experienced traumatic things this last year. I feel like everything, hurt, heartache, stress and loneliness is beautiful because it is ALIVE. Everything is beautiful in contrast of, and compared to nothingness and numbness.”

That’s an interesting observation because I reckon many people have had similar thoughts these last 18 months or so but have been unable to articulate them, or perhaps they could but they didn’t have the catalyst for it. Pikes kindly does it for us, having got his ‘Second Wind’.

Pikes is songwriter and producer Christoffer Ling and that has been his moniker for over two years. The idea behind ‘Pikes’ began as a way of departing from an existence that was defined by rules and norms (and we’ve all certainly done that), although I don’t quite get how that led to the moniker.

It’s difficult to categorise him. I’ve seen ‘Indie pop/dream pop’ but this is too cultured to be interpreted that way; if you ask me I’d say there’s as much modern prog as dream pop in there. Then again there is a short sample of another track from his album on social media which really rocks. And to make it even more complicated Swedish Radio described one of his songs as having a “Prince-groove and really 80s scented Funk Electronic sound”. Evidently a polymath. Let’s see what the album brings, it looks very interesting.

’Second Wind’ is released on Friday 15th October on the independent Swedish ART:ERY label. The song is from the forthcoming album entitled ‘Manasollasa’.