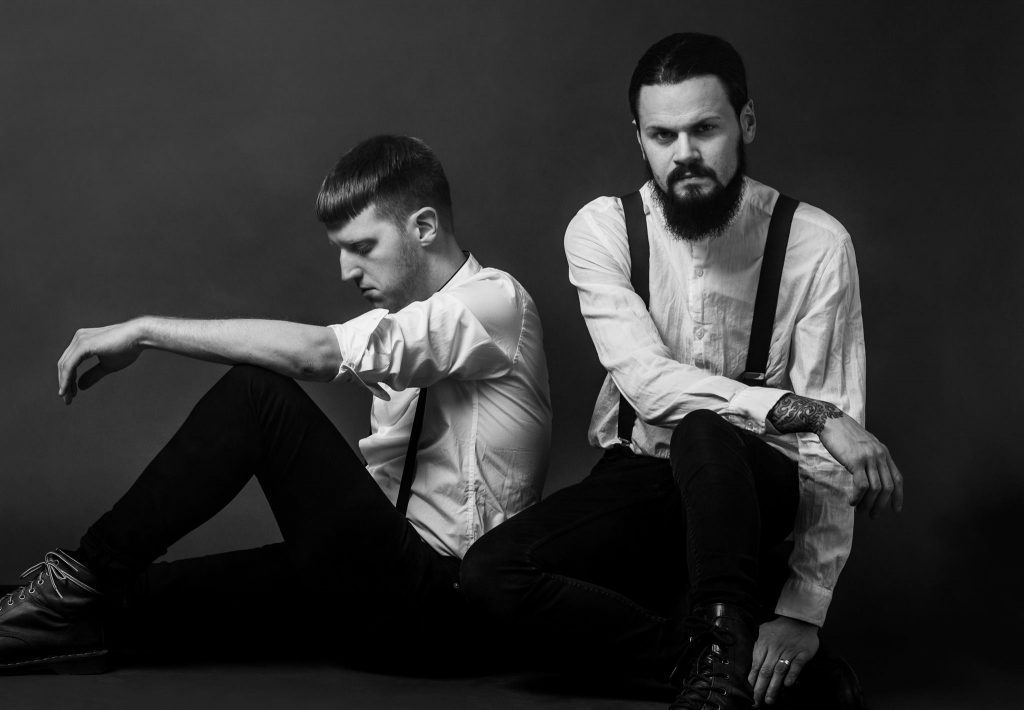 Swedish electro pop duo Red Cell return with their first new music since their 2016 album ‘Endings and Beginning’. ‘Only Night’ is the first single off the duo’s forthcoming self-titled album and is released publicly on Friday 29th July. We were lucky enough to get a sneak preview.

Founded in 2003, Red Cell released their industrial metal synth hybrid debut album ‘Hybrid Society’ in 2005, placing high in the Swedish album charts. Their second – and more poppy and dancey – album ‘Lead or Follow’ came out in 2008, making ‘alternative’ chart placings around the world.. After some years of touring, the band had shed two of their founding members and were left as the duo we know them today.

In 2016 ‘Endings and Beginnings’ was released, the beginning of another chapter in the group’s story. Now in 2022, the release of their self-titled new album marks a new step in the band’s evolution.

Of this track, lyricist and lead vocalist Jimmy Skeppstedt says:

“Even though I’ve listened to this song many times now, I always feel the same excitement as the first time I heard it. For me, it’s musically a knock-out hit song and a very uplifting one. But uplifting lyrics are not my cup of tea. So I wrote about a man that drinks too much, can’t sleep and hasn’t seen daylight for a long, long time. A man stuck inside with a gun, too much alcohol and a hard time making his mind up.”

“This song is one of the first we ever wrote for this new album and it’s probably also one of the fastest written songs ever – it’s simple but direct. That said, it still boasts loads of depth and melodic hooks that will have you humming for days.”

Ok, so what’s our take on it? It’s Erasure on valium, perhaps with a hint of Soft Cell in the lyricism and even of Kraftwerk in the heaviness of the beat. Quite a blend; and an unusual one. As Stefan says, the hooks are there in spades in fact it’s one of the most tuneful songs I’ve heard in months. Meanwhile, Jimmy Skeppstedt rises to the vocal challenge of a more ‘inspirational’ song than he’s used to performing while never losing sight of the bleaker lyricism that is his trademark.

And clocking in at exactly three minutes it’s perfect for Eurovision. See you in the UK next year, lads.

Incidentally, you may have come across either or both of the two members in other bands; they are well known on the Stockholm, Solna and Gävle scenes in Sweden. Jimmy was ‘Adora Eye,’ a project terminated in 2019 and replaced by the even more country/folk ‘Bo Jimmy’, who sings about “weird love or lovely weirdoes. And drinking.” He is married to Elin (Lindfors), once of the Deer Tracks, Twiggy Frostbite and now with her solo project Skepp.

Stefan has had more bands than hot dinners, is a guitarist (a notably nimble-fingered, dextrous one) with “technical death metal” band Terminal Function, and is still connected with the veteran Baron Bane group, which is currently remixing its second album LPTO, while holding together a label, Stupid Dream Records.

Both of them are connected to the town of Gävle and its environs, one that often features one way or another in NMC; a hotbed of musical creativity across multiple genres.

‘Only Night’ is released (29th July) just as Red Cell is performing at the EBM/alternative/goth ‘EOnly’ Festival in Leipzig (30th July).