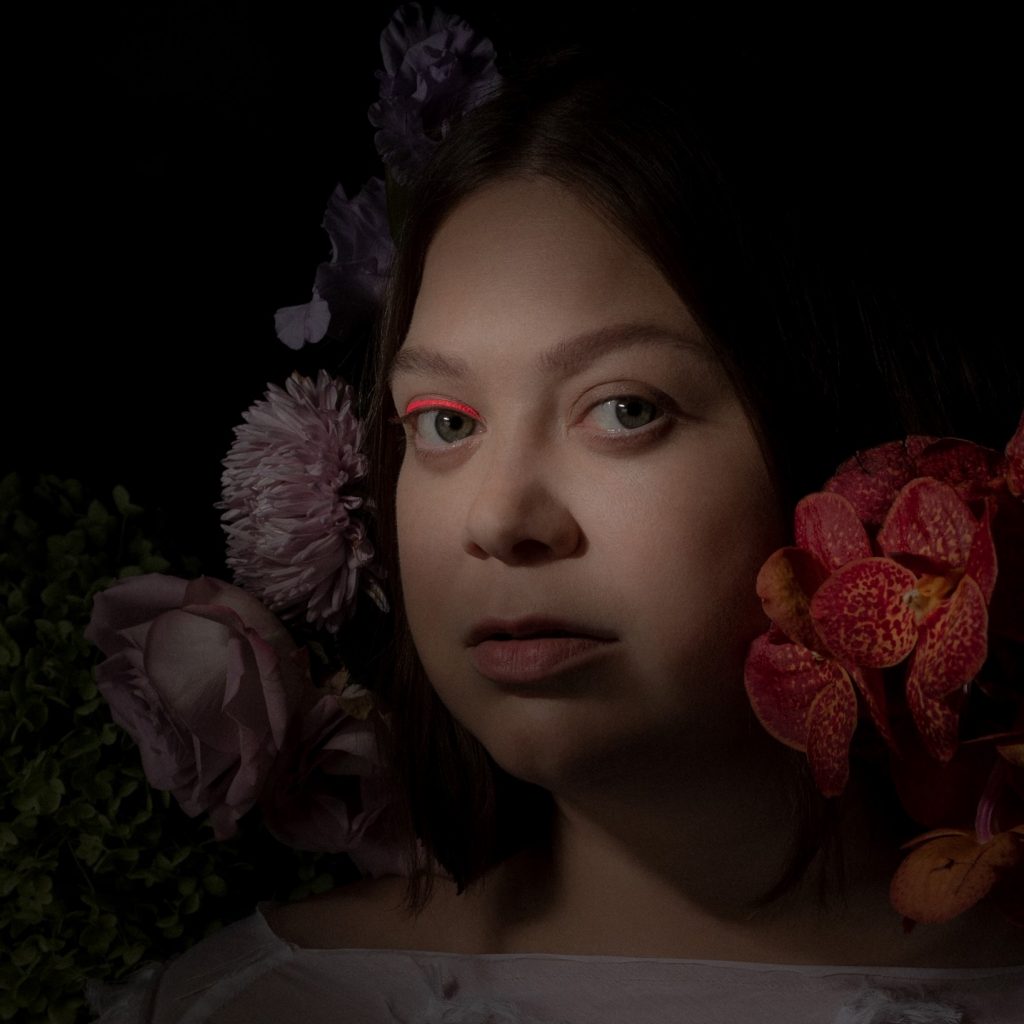 Good music lovers everywhere were shocked earlier this year to hear that sophisticated alt-pop story weavers Color Dolor were calling it a day. By way of a foreboding message headed ‘THE END’ on social media they informed followers that “the magical adventure is over,” that the shows they would play this year would be the band’s last and that ‘Blurry Things’ is the final album.

Those live shows have featured all four of the original members and if I’ve interpreted the Finnish correctly they aren’t over yet; there’s at least one more before the end of the year. It’s starting to sound like ‘Tina Turner’s Absolutely Final Tour – Ever.’

While all good things must come to an end they will no doubt continue to produce top class alt pop music independently and one half of what was the remaining duo, Stina Koistinen, who has her fingers in several other pies, has proved that already with this first single, ‘Pelasta mut’  from what will be her second solo album – ‘Ghostina’ under the solo moniker Stinako (she loves wordplay) .

Her first solo album, ‘Ikuisuus’ – entirely in Finnish – was a masterpiece of the juxtaposition and interpretation of piano and voice and that voice, as I’ve said many times before is one of the sweetest  and emotive you’ll hear.

The album was serene and relaxing and I was expecting pretty much the same from this track. Forget it. Stina Koistinen can do just about anything and despite its timid title ‘Pelasta mut’ makes ‘Ikuisuus’ sound monastic. It’s hard to grasp that it’s the same artist.

‘Pelasta mut’ (‘Save Me’) is a song about drowning in a sea of sorrow and loneliness and asking (it sounds more like pleading) for help. Asking something or someone to lift her up and take her hand, to guide her out of ‘the sadness’.

Color Dolor wrote surprisingly frequently about sadness, disguised around quite upbeat musicianship, not an easy feat for any writer. The only two bands I can think of offhand, to whom it comes easy, are Arcade Fire and Of Monsters and Men and that’s the sort of illustrious company Stina keeps.

‘Pelasta mut’ takes that tristesse a stage further. It wouldn’t be too extravagant to describe it as an unassuming pop banger if you can imagine such a thing. Stina suggests ‘a melancholic party anthem’ (which suggests to me something like Tuvaband’s infamous strap line ‘Music for your funeral.’)

“Save me or I’ll drown/I’ll drown in this sadness that weighs me down” she wails here, but not as you might expect.

The urgency behind her plea is evident from the opening tachycardic ‘heart’ beat which comes in at about 120 bpm and which is then overlaid by another as if to make the point, while the “save…me…” is increasingly drawn out and embellished as the song progresses, in counterpoint.

But what happens next is astonishing. It’s a full-on dance track, with the main thumping synth-generated theme supported by what are nigh on trap beats…and violins! And from around the 2:45 mark it explodes, setting your goose bumps on fire.

Wait, isn’t that the Finnish Prime Minister I see, strutting her stuff to it?

Lordi, get back in your metal box. This is Finland’s Eurovision-winning entry next year. Or it would be if I had anything to do with it. See you in Manchester, Stina.

‘Pelasta mut’ and ‘Ghostina’ are both released via Soliti, the latter on the 21st October 2022.

A minimalist but perfectly apposite video has just been released. As its director, Anna Brotkin, says, the contrary elements in her work present at the same time: joy and melancholy, longing and determination, strength and vulnerability. And it’s all here.