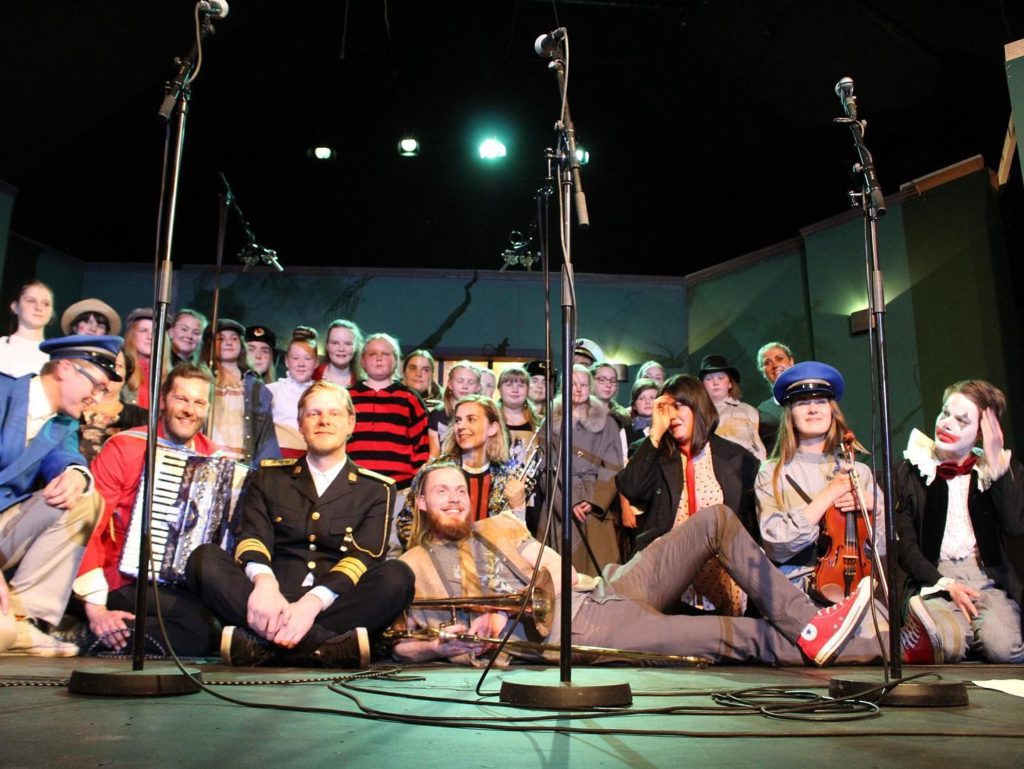 There’s always something a bit mysterious about Iceland. It always comes out in novels about the place – and I confess to having read a few – and when you’re actually there it is palpable. You don’t have to search for subjects, be they for books, poems, or songs. They just leap out from the streets or from behind a lava flow and slap you in the face.

Rafnar (full name not known) is a 33-year old Icelandic composer who grew up in Húsavík, a small fishing village in the north of the country, hailing from a maritime family, but who always had a dream to create music and share it with the world. Starting with indie bands as a teenager and producing music as well working as a sound recording engineer, five years ago he decided finally to start creating an album, VODA, which would bring together childhood friends along with what he calls ‘dream collaborators’, meaning singers and choirs that he has encountered. The album was recorded in Húsavík and Akureyri; produced, recorded and mixed by rafnar and Framfari.

VODA means water. There’s a lot of it in Iceland in its glaciers, rivers and lakes but I suspect he’s referring to the Atlantic Ocean where his roots are, along with his belief that “the heart always wins.”

The album has a number of guest singers and one of them, Stúlknakór Húsavíkur, along with a choir, features on the track I selected, ‘Fæ Ör,’ which Mr Google translates as ‘Get Scar’. Webtran gave me ‘Get an arrow’, which seems to be the exact opposite! I think I’ll stick with the arrow.

It’s one of many experimental tracks on the album, a mini symphony.

The song opens with manipulated voices that sound like a gentler rendition of the demon(s) inhabiting Regan in The Exorcist (‘I am no-one’ backwards if you remember it) and appropriately evocative of a wintry, lightless Iceland before the arrival of a peculiar juxtaposition of brass (a tuba?) piano and strings which combine to make a sombre sound that again is so apposite to its location.

When the more upbeat vocal section arrives it is, courtesy of the choirs (Húsavík’s girl choir and the male choir Hreim), almost anthemic (and the lyrics are in English) .

None of the tracks make for easy listening and you won’t be whistling their tune on your way to work because there aren’t any. Well, not tunes as we know them, Captain. One of them, ‘Draumaslóđ, features what sounds like monastic chanting.

But what they are without a shadow of a doubt is so redolent of Iceland, not only in its geological contrasts but of its position as a remote European outpost, that they effortlessly transport you there and directly into its spirit.

I often comment about how some music, even if it is not written for the express purpose, would make for a perfect cinematic score. Some of Arnaldur Indridason’s crime stories, a master of suspense, intrigue and realism, have been made into films and if there are any more of them ragnar’s work would suit them perfectly.

VODA was released on 8th December. Along with the release 100 vinyl copies were produced which include six artworks made for each track.