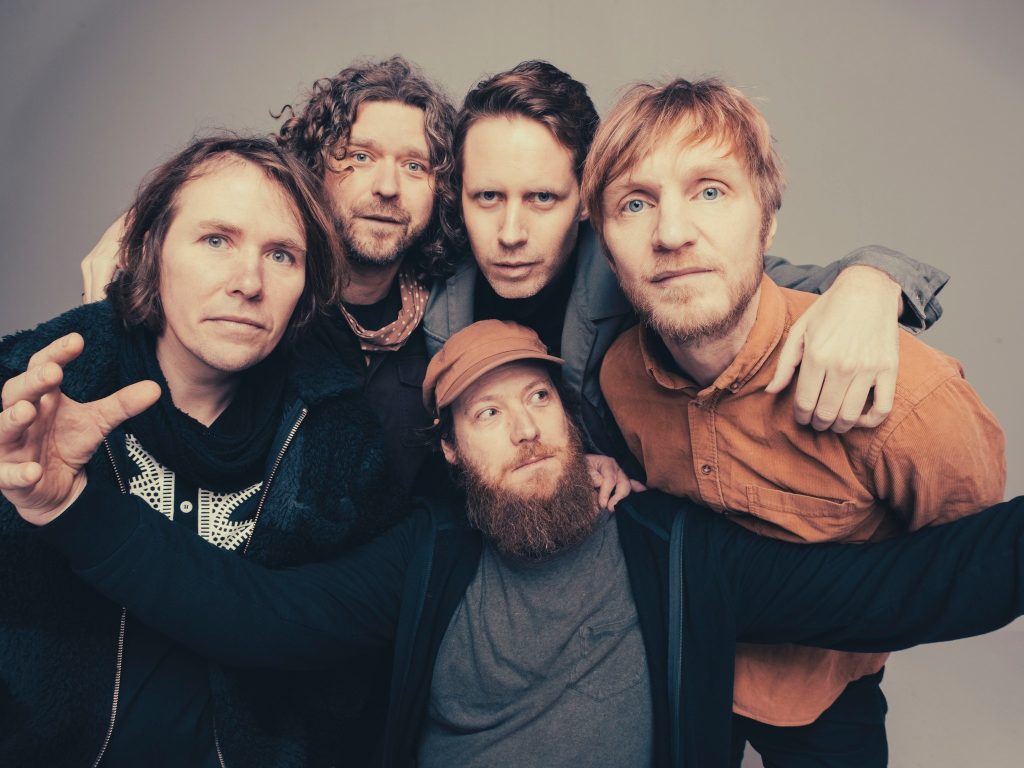 This one’s a bit late to say the least but there are two reasons why I chose to run it tonight. Firstly, it has an ecological theme and as regular readers will know I don’t buy fully into the ‘climate crisis’ and I’m apt to challenge any lyrics that suggest the Earth is about to burst into flames.

The Real Ones’ Ivar Chelsom Vogt claims that, “there aren’t enough songs about the ecological crisis we are experiencing right now.”

I’d take issue with that as well. There are probably too many. The environment has sucked up the protest songs in the way African famines did in the 1980s, leaving a huge protest void – the Uighurs, the Rohingyas, the Russian invasion of Ukraine (where are the protest songs about that, apart from the Ukrainians?), the World Economic Forum and the Great Reset, and a host of other pressing matters, including those that the likes of Dylan, Cohen, Baez, Perry and others used to sing of, back in the day.

Now I’ve got that off my chest here’s the second reason. The PR quotes a journalist at Norwegian newspaper Dagbladet who claims “Real Ones have long been Norway’s best live band beyond comparison. Perhaps they are also Norway’s best band, period.”

Now I’m not Norwegian and I’ve only been following the music from that country for five years or so but I’ll say straight out that if Real Ones are better live than the likes of Katzenjammer, Pom Poko, Major Parkinson, Das Body and Highasakite then they must be something very special.

They’ve been around a long time, for sure; 28 years, with 12 albums, four EPs, two Spellemannprisen (Norwegian Grammy) Awards and over 1000 concerts in 15 countries. True veterans and I’m full of admiration for them. And they’ve even had Susanne Sundfør singing with them, which instantly endears me.

Starting out as a traditional folk music band they began to experiment within the genres of folk, pop and rock, with inspiration from world music and from modern electronic music.

‘Love your mother’ wasinspired by an incident at Norway’s Førdefjord where a mining company received permission to dump toxic waste into the fjord for the next 50 years, potentially killing all the life in it. “Hardly an act of love toward Mother Nature” says Real Ones’ singer David Chelsom Vogt.

Now that sort of protest I can buy into. That is plain stupidity. The same sort that has sewage being pumped into the sea around the UK coast to the extent that if you are foolhardy enough to go for a swim what you are most likely to see floating past isn’t a piece of plastic but a turd.

And how can they do that in a place as pristine as Norway?

To be fair the song is pretty good. The lyrics are simplistic statements, made as if they are part of a chant at a protest and indeed the video that accompanies the song does show a real life demonstration in progress, homing in on the young folk who make up most of the protesters (and with a clever twist as they are locked up in a Politi van), and some cuddly farm animals (which aren’t).

There’s a really good vibe to it as well, while the inclusion of what sounds like a banjo gives it a sort of Katzenjammer-like feel, even if they never did protest songs to my knowledge. I imagine it will go down really well at live concerts. Especially around Førdefjord.

And as a bonus, if you watch the video closely at the start you might catch a fleeting cameo appearance by the Loch Ness Monster. How did it get to Norway? Mind that chemical spill, Nessie!

The song, released on Sept. 9th, is their first new music in four years. It seems to be from an album, ‘Brother’ which they began recording in March 2020, at the beginning of the pandemic, but I don’t have a release date for that.