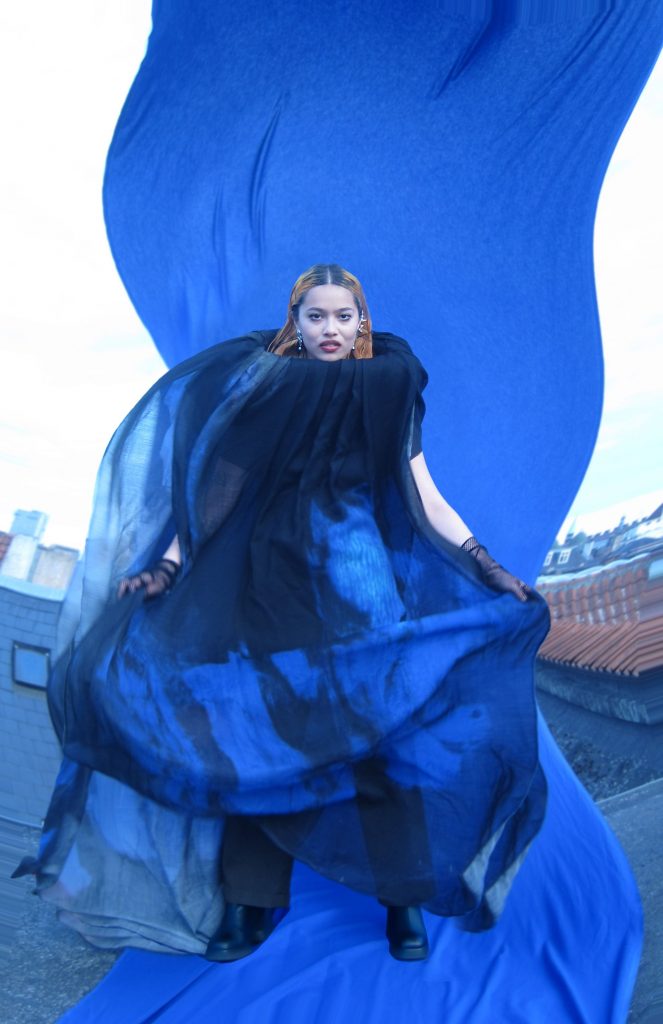 Sometimes I feel like I need a dose of Fluoxetine myself, what with everything that’s going on in the world ‘n all.

But here’s Rebebe to supply her version of the happy pill.

I can’t find anything about her at all on social media but I believe she isn’t a newcomer, having written songs for several years. However this is only her second formal release.

What she’s singing about is (and I’m quoting here) “the need of mutual exploitation in a relationship. It’s a disturbing love story from a 20 year old alt-pop songwriter who channels her own reality with pure imagination.”

She says, “It’s about knowing that even though you’re a real piece of work, you’re still more than welcome to come and disturb me.”

You know what? In an increasingly woke, toe-the-line-or-else world where you can’t say boo to a goose for fear of offending someone in another country and a visit from the Thought Police, the very concept of the song is refreshing, even if she didn’t mean it to be interpreted that way.

It’s a hard driving, quite tuneful banger in which she sounds, in turn, like a sort of cross between Kate Bush on one of her whackier numbers, and Poly Styrene, and I never thought I’d come up with an analogy like that. And there are enough jangly guitars to keep you going until Christmas.

There’s just one problem that I have. The supporting PR refers to her ‘lyrical universe’ but apart from ‘Prozac’ and “a piece of work” I can barely understand a single word she sings in three and a half minutes.

Now I suppose Gen-Zers won’t mind that but if you’re justifying a song lyrically to those who want to hear all the lyrics, vocal clarity needs to be part of the package or you might as well just release an instrumental version. (Rebebe is hardly alone in this of course, one of the worst offenders is Sia and I suppose it didn’t do her much harm).

‘Prozac’ is produced by Villads Øster of indie band Liss. It’s out on September 30th.

Her debut EP is set to be released on October 28th via Danish independent label, Stellar Records.