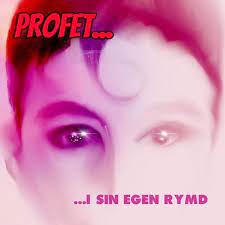 It wasn’t long ago that we featured a tribute cover by Sweden’s Di Leva of David Bowie’s ‘Heroes’ on what would have been Bowie’s 75th birthday. Now it’s time for Thomas Di Leva to be ‘tributed’ himself, by way of a cover of his song ‘Vad är frihet?’ (What is freedom?) on the occasion of the 40th anniversary of his first album release.

The song features on a 19-track long album ‘Profet i sin egen rymd.’

Resmiranda is Åsa Larsson, from central Sweden, the second Larsson we’ve had in NMC recently and, I think, her first appearance here although I’ve reviewed her several times previously as she’s trickled out singles, and even an album a few years ago, ‘For the Trees’, the title of which is self-explanatory when you know she is an ardent environmentalist and a mover and shaker in the international ‘Tree Sisters’ movement. It’s an extraordinary thing, the first part consisting of four regular songs and the second, ‘The Calling’, a 33-minute long progressive concept piece.

She has a notable skill, namely the ability to write a song to someone else’s poem (not lyrics – a poem – which is a different thing altogether).

Jimmy Koskinen I’m less knowledgeable of except that I’m sure he’s from the same part of Sweden. He trades under the artist name of Nocturne and has been collaborating with Resmiranda recently although I do believe his main interests lie with experimental electronic, dance and house music, production and remixing, often with the Lamour label.

The original song was in classic Di Leva style, a guitar pop ballad with nods to Bowie entwined in its production. What Resmiranda and Nocturne have done is to make it more buoyant, with a positive outlook, courtesy of a constant, pernicious and innovative beat, close to African in nature, supporting a synthesised sound.

The potential problem with playing with a work of such gravitas in this manner is that the original message can be lost and it contained some deep lines, such as:

“Do you want to follow or be nailed on a cross?”

The most poignant line of all, given the current circumstances, is:

“When everything becomes silent no one can hear you.”

Fortunately, the solemnity is retained. Indeed it has the stamp of some of Åsa Larsson’s previous work on it, allied to Jimmy Koskinen’s undoubted production skills.

Looking through the album track list a number of artists from and around Di Leva’s home town of Gävle are represented on the album including Xinombra and Anna Frank. The mutual support system in this place is amazing, as is the number of professional and semi-pro musicians that have emerged out of it, covering just about every ‘genre’ you could imagine.