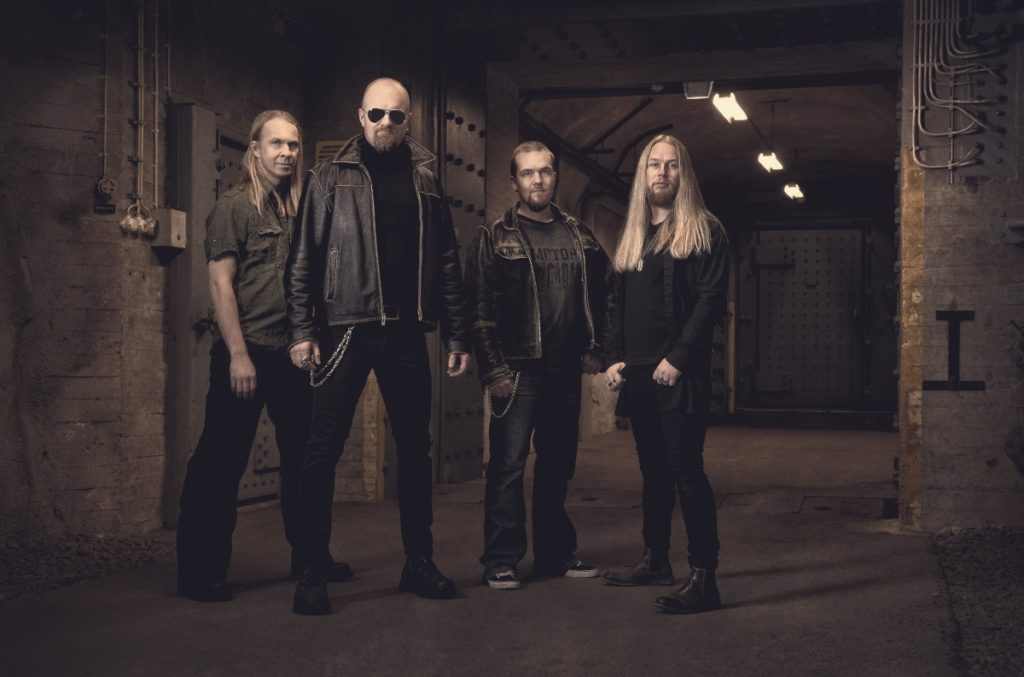 Time for some hard rock I think. Rough Grind, as their name suggests, describe themselves like a brand of coffee and a bunch of baristas – “Dark Roasted Rock. Served In Your Face. Powerful and balanced tones with rich and robust flavours. Served black.”

It reminded me of that immortal line in the film ‘Airplane’ where a young boy, obviously attracted to a young girl passenger travelling alone, offers her some coffee and enquires, “would you care for some cream?” to which she replies “no thank you, I take it black. Like my men.” Oh, the 70s and 80s, they couldn’t get away with that today!

Being as they’re from Finland the song title immediately caught my attention. ‘Dreamchaser’ has all the titular cachet of pre-‘Once’ Nightwish and this particular cup of coffee offers up many of the attributes of Kitee’s finest in ‘Dreamchaser’, by way of a thumping bass line, a fair amount of syncopation, some striking chord progressions towards the end a la Carter USM’s Les ‘Fruitbat’ Carter, and melody a-plenty.

I had some difficulty marrying the lyrics to the storyline in the video and haven’t figured it out yet. Perhaps this particular dream is so vast it can only be represented by a quick tour of an orbiting space station. Add to that the fact the spaceman seems to pitch up in some sort of Garden of Eden to deepen the mystery further.

Ditto the lyrics. It is often the case that I struggle to decipher heavy rock and metal lyrics and “Hopeless hopes on wishing wings/I flutter around chasing things” has me a little bamboozled. Immediately thereafter, though, comes “Grant me this one wish alone; please be my Rosetta Stone.” That’s neat. If memory serves me correctly said stone was discovered by Napoleon and enabled translation from Egyptian to Greek and vice versa. And there was a space probe called Rosetta. Plenty of food for thought there. There’s a lot going on in this song, you’ll probably need to listen to it a couple of times (and watch the video) before it starts to fall into place.

‘Dreamchaser’ is out now and is the second single from the band’s forthcoming album ‘Hardened’ (due on 28 Jan 2022). They say they’ve broadened their soundscape further on the album. It will be interesting to hear just how they have done that.

Also that they want to expand their international fan base. If they keep up this standard they can achieve that, for sure.