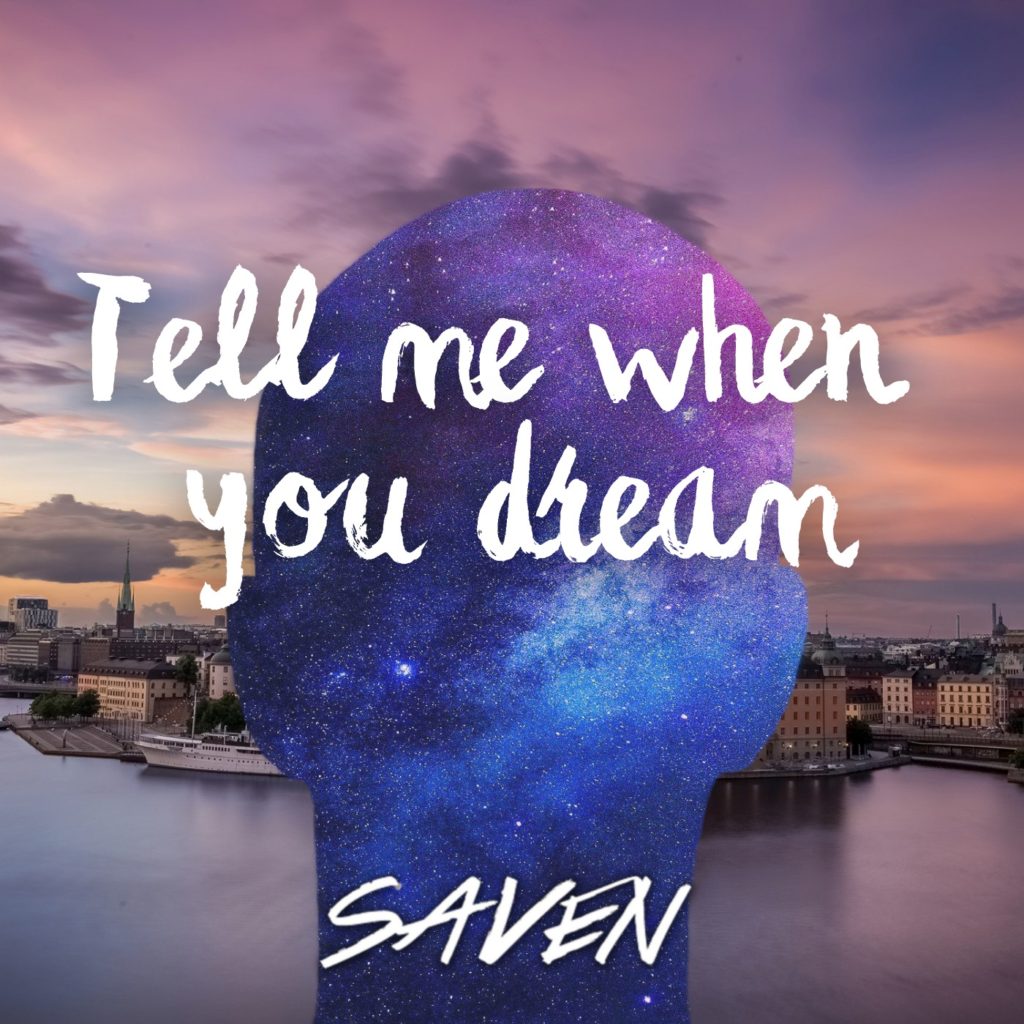 Saven (Sweden) – Tell me when you dream (single)

Well after all the excitement of a World Video Premiere yesterday its back to basics with another Swede, this time it’s Saven, who describes himself tersely as an “Alt rock singer songwriter from Stockholm, Sweden.”

It seems it took him 20 years to take the plunge after starting to write songs as a young teenager but he’s now working with a coterie of names from the industry in Sweden including a Grammy-nominated producer, a multi-instrumentalist who has worked with Robyn and a violinist from ‘Riverdance’.

Having admittedly not heard much of his other material I still can’t get my head around ‘alt-rock’. As he says, ‘Tell me when you dream’ is a folk song and one that resonates with the nostalgia of previous eras. He says the 1950s but the 60s would be equally appropriate in my estimation.

It could be anyone from early Dylan to Cohen, laced with a 1960s British folk rock artist or band, let’s say for the sake of argument Fairport Convention or Lindisfarne.

At the same time it has a ‘campfire’ feel to it with a nice, simple and easily recallable melody, the sort of thing The Waltons might sing after another hard day getting through the 1930s Depression before starting up that ‘Goodnight Grandpa’, Goodnight John Boy’ thing they did in every episode. And there’s a nice bit of harmonising to go with it.

In other words, it’s unlike anything I’d expect to hear coming out of Sweden.

Saven says he came up with the melody and lyrics while walking through an airport terminal. Probably dreaming about how delayed the flight was going to be. The song is about going on a path (flight path?) of self-exploration and “finding an inner truth on the edge of awareness.”

And hats off to anyone who can get “a big red balloon and a small kangaroo” in the same line without it sounding risible.