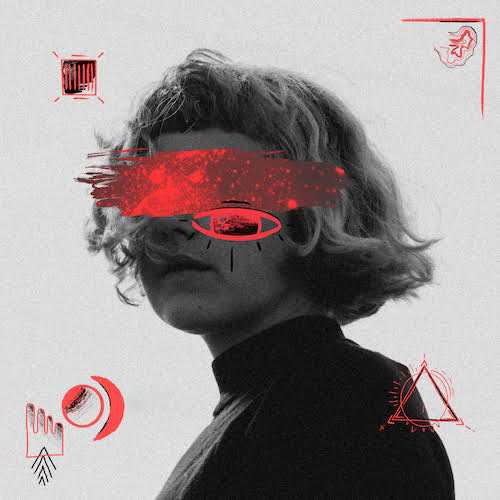 I said in the very first post in NMC that you could expect to find anything in here, including club/dance and here is a track from an artist, Sea Change, who is inspired by club music (her previous album took inspiration from the LA and Berlin [Berghain, I’m guessing] club scenes) although the result here isn’t club music as we know it, Captain.

Sea Change is the project of Norwegian producer and singer Ellen A. W. Sunde, who returns with a new album ‘Mutual Dreaming’, her third, set for release February 11th via Shapes Recordings and this is the first single from the album.

Her sound has fluctuated since her 2015 debut album between atmospheric pop and shape shifting electronica, and on her own admission she’s hard to pin down.

She says, “‘Night Eyes‘ is about the need to shut off your head and just be your body for a while – how good it can feel to lose control. I wanted to produce a danceable sensual track, and it’s one of my personal favourites from the album.” On social  media she adds, “I hope you’ll love it and dance to it just like I do.”

Well I’d love to dance to it Ellen if could get the old legs moving (and the pace of the track doesn’t demand much in the way of movement) but if it’s ok with you I’ll shut off the body and just be a head for a while and chill to it.

I say that because it’s a well-constructed song built around a tachycardic heartbeat, highly – and increasingly – atmospheric, and she conjures up a variety of sounds which are difficult to reconcile. At best, they are Rolf Harris’ (can I mention him??) wobble board, distant gunfire and the sort of signal aliens from Alpha Centauri might send us to “make contact”. There’s more than enough to take in just listening to it. If it’s dance let’s give it a new genre name. Experimental dance.

My only complaint is that since the song has lyrics, she might make them more audible, or ensure a lyric sheet is readily available. She could be reciting the telephone directory for all I know.

On the other hand, a couple of years ago I spent five hours at the Manchester International Festival in the company of some of the most highly regarded female electronic experimentalists in the world and some of them at least bordering on IDM territory; the likes of Holly Herndon, Jlin and Aïsha Devi. And you know what? I couldn’t understand a word any of them sang either. It seems to go with the territory.

And the other observation I would make is that none of those artists produced anything that I recall being significantly better than Sea Change’s effort here.

Interesting fact about Sea Change. Her Facebook handle is @seachange666. The devil is in the detail.