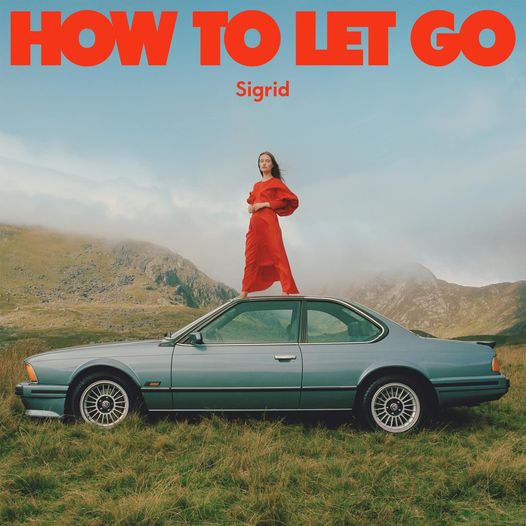 Sigrid – It gets dark (single, probably track from forthcoming album)

It’s rare that we have a big name in NMC so perhaps it’s time to change that.

I’ll be frank I’ve never quite known what to make of Sigrid. She had a series of hit singles a few years ago when she appeared on the scene out of nowhere, all of which were bangers to a stereotyped format but very listenable. She was extraordinarily heavily hyped in the UK and you can see that by the chart position she reached with her debut album in the UK, Scotland (separately) and Ireland compared to other countries.

Watching her in concert on a couple of occasions I got the impression that beyond those singles there wasn’t much else of note in the locker.

But then she released her debut album, ‘Sucker Punch’ exactly three years ago in 2019 and it was excellent, portraying her mastery of a range of styles that I never knew she had.

She’s released a couple of singles since then and indulged in a collaboration or two. Time to catch up with her.

‘It gets dark’, co-written by Sigrid, Sly and Emily Warren, concerns growing up and facing up to life’s challenges as an adult, which is what she’s done, I suppose. In the accompanying video she looks older, more debonair, all grown up, rather than the fresh-faced, full of life country girl persona she carried around initially and if push came to shove I’d argue she’s acquired both the look and sound of Welsh songstress Duffy, which is no bad thing because for all her personal issues Duffy is still a class act.

‘It gets dark’ also marks a return to banger territory. The song hangs on Sigrid’s dynamic vocal rather than the tune although to be fair it is a catchy one and it picks up a complex anthemic arrangement towards the end.

The metaphor for this journey into adulthood is a trip into space, using video props that might have come out of a 1960s TV space adventure programme although there are nods in the video to Star Trek, 2001 – A Space Odyssey, Supergirl, even Alien, Dr Strangelove and Bowie’s Space Oddity at a pinch.

But of course she hasn’t gone anywhere; her journey was all in her imagination as he looks at the future through the prism of a dolls house.

You know I’m still not sure what to make of Sigrid but with all the ridiculous hype now hopefully in the past I am distinctly warming to her and I’m convinced her best work is still to come.

She’s just announced that her second album, ‘How to let go’ will be released on May 6th so perhaps that time is coming sooner, rather than later.