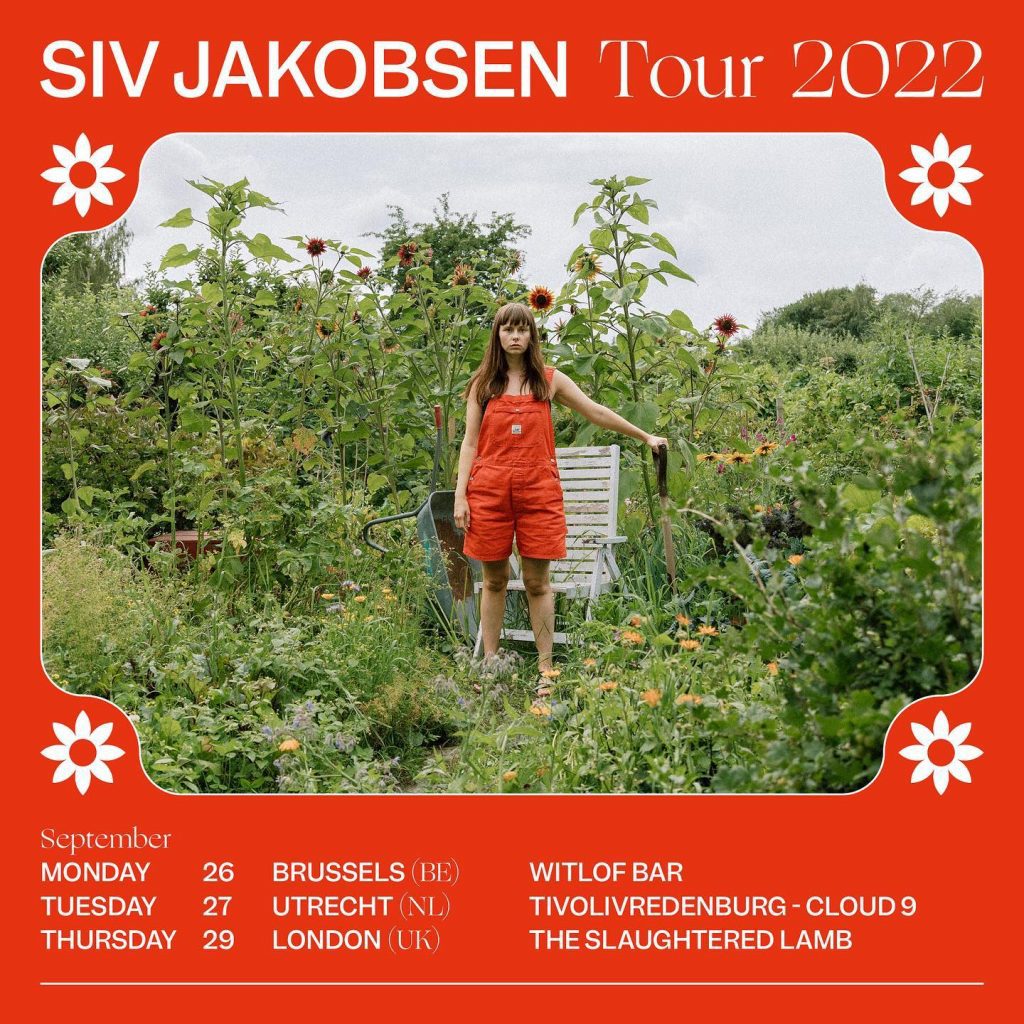 Siv Jakobsen (Norway) – Most of the Time (single, plus video)

With this single Siv Jakobsen marks her return to the recording studio for the first time in two years after releasing her seminal album ‘A Temporary Soothing’ in 2020, one that took her over a year to write and which was an exercise in stress, anxiety and self-doubt. And that was even before the pandemic. It also marks her first visit to Nordic Music Central where we welcome an artist of great repute.

There are few artists as intense as Siv. I’ve compared her with Fiona Apple in that respect in the past and would stick with that analogy under waterboarding by the FSB. The difference is that while Fiona rails aggressively against her exes who have betrayed her, Siv rails, ever so placidly and vulnerably, against the torments of life generally, as tracks from that album entitled ‘Fear the Fear’, ‘Fight or Flight’ and ‘Fraud, failure’ suggest.

An inveterate tourer, the pandemic must have been like a jail sentence for Siv but she tackled isolation head on when she could by reconnecting with her past, a journey that involved visiting a city she used to inhabit many years ago. She says she knew that merely going there might awaken some difficult memories, but that she was taken aback by how intensely she felt herself pulled back into who she was and how she felt all those years ago. I’m wondering if that city might be New York, recalling the intensity of a relationship there that she chronicled on the song ‘Berry & Whythe’ on her first album, ‘The Nordic Mellow’.

Whatever the location, she says this song, ‘Most of the Time,’ is about not being able to forget a particularly difficult relationship from her past and of having haunting dreams about it. Peculiarly, she adds, “In the end, it’s about reminding myself that I am feeling better now, most of the time.”

The sting is often in the tail with Siv…”most of the time.” What does that mean?

The song is very downbeat, a product of acoustic guitar and choral voices, verging on depressing at times and in contrast to most of the tracks on previous albums. You do feel that Siv is dredging the very bottom of her soul here and there’s a disturbing line very early on in which she sings “I fly as high as a kite/just so I can sleep alright” which suggests the use of substances in order to bring about forced unconsciousness to avoid the dreams she wants to elude.

Siv Jakobsen’s videos are always evocative. I recall the one for ‘Fear the Fear’ in which she staggered along a road in the pitch black with a look on her face as if she’d just had a close encounter. In another one, for the song ‘Fight or Flight’, shot in Japan just before the pandemic, she goes for a walk along a melted bobsleigh track, swaying around as if she’d consumed a bottle or two of sake.

In this one she’s a Scandinavian Carol Klein, working her way slowly around a garden, dressed as frumpily as possible in an orange boiler suit and devoid of make-up, staring blankly into the camera. At one point she gets waterboarded herself, by an errant garden hose.

You do find yourself wondering if this is all part of an arcane, cunning plan to make him turn against her as a way of solving her problem, until right at the end when she sings, “He wakes, holds me close/He is all I want to know/ We are forever and I am better/ …most of the time,” the last part of which still leaves an air of ambiguity.

The song doesn’t make for easy listening; or the video easy watching. But one thing is certain. Siv Jakobsen is an artist who isn’t afraid to bare her soul for her art, and there are precious few of those.

More music is planned for this year, together with touring, Siv having had twice to abandon UK tours during the last two years. She has a short tour of three European cities in September.