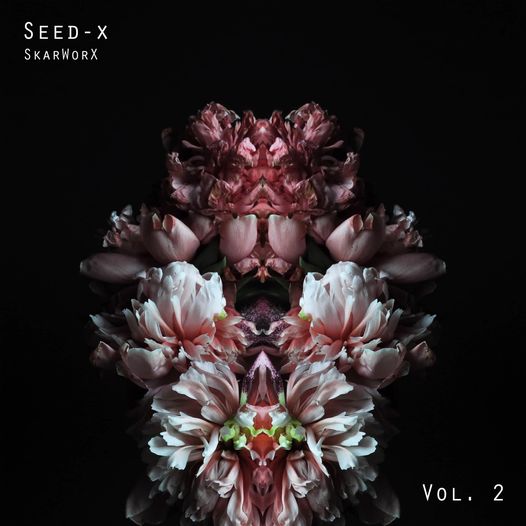 I hope Øystein Skar won’t be miffed if I say that even as his second EP as SkarWorX is released I’m still not sure what his strategy is!

He has released, and continues to do so, a form of music which is very hard to identify. It’s a sort of experimental instrumental pop, lacking the formal gravitas, if that’s the right word, of some of his contemporaries in electronic composition in Norway, pushing collective, intricate sets of melodies to the edge of the known universe while at the same time ensuring that they remain attractive to the casual listener.

Music that can be enjoyed over a bottle of wine, on the drive home from work or while pushing a supermarket trolley. Even as an aphrodisiac in some cases!

That’s a tough call for anyone but with both of his EPs to date he has managed to pull it off.

His personal view is that this album is “better” than the previous one – at least it has a clearer direction and better feel this time in his view. There are more electronics and strings, and less of the piano on this occasion (the piano being his primary instrument as he has revealed previously).

As we’ve seen with Øystein before, no two songs are the same.

There’s ‘XOXO’ with its sudden explosion which could be the separation of a multi-stage spacecraft or representative of when Keifer Sutherland flat-lines in the film of that title, entering into a disturbing out-of-body experience on the fringe of corporeal oblivion.

‘Yearn/Exhale’ is an obscure track which might accompany a Foxtrot dancing class at first and which then acquires the sort of Latin American rhythm that Fiona Apple might experiment with before a gentle piano melody plays it out. Effectively it’s three songs in one.

‘Years to come’ is a monster of a track. There’s so much happening in parts that you’d think it was being controlled by an Exascale supercomputer from the factory floor. At the same time it’s the most ambient track on the album.

The piano is very much to the fore in ‘Birdsong’, supported by strings from Madeleine Ossum, and it’s different again, a gorgeous piece that with just a little more instrumentation could be labeled symphonic. There’s a film producer somewhere who doesn’t know it yet but who is about to discover that perfect piece he/she’s been looking for to play out his/her latest rom-com.

‘XOV’ is another complex piece, perhaps a little too complex in parts, which waxes and wanes and rolls like an ocean-going yacht in a storm and suggests a full orchestral presence rather than just a handful of people.

‘Vocal Man’ isn’t vocal. True to his preferences, there are no lyrics per se on the album although there are random spoken words here as there were on the ultimate track of the first in the SEED-X trilogy and of the nature of those you might expect to hear on, say Blade Runner (which is an observation which I also made about that track, ‘Unicorn,’ if I remember). It’s the most experimental track, moves at an electric pace and is a little eerie early on with its little blips which make you think your equipment is malfunctioning.

There are purists in this genre who might argue that the EP is a collection of random songs without a beginning or end, or a thread, a ‘concept.’ To me that’s irrelevant. Each of one of these tracks has deep merit in its own right but what makes the whole so valuable is that you don’t know what’s coming next and there are few artists capable of doing that.

Kudos also to the mixer, Jonas Kroon, who we’ve mentioned before. Getting the mix right on something as complex as this is an imperative.

We ‘mark’ EPs and albums and I’m giving in 8/10. That would be 9/10 or even 10/10 but for the fact that I reckon Øystein is capable of writing an absolute banger, something in the ‘Faded’ class let’s say, but hasn’t quite managed it  on either of the albums to date even if some of the melody lines have been memorable.

The third and final album in the series will feature mainly piano and cello and has been written but the release date is uncertain. Could that banger be waiting in the wings? Time will tell.

‘SEED- X: Volume 2’ is available now on the Grappa label.

Øystein is also in the band LÖV which will be playing summer festivals around Norway, starting at Rondaståk next weekend.