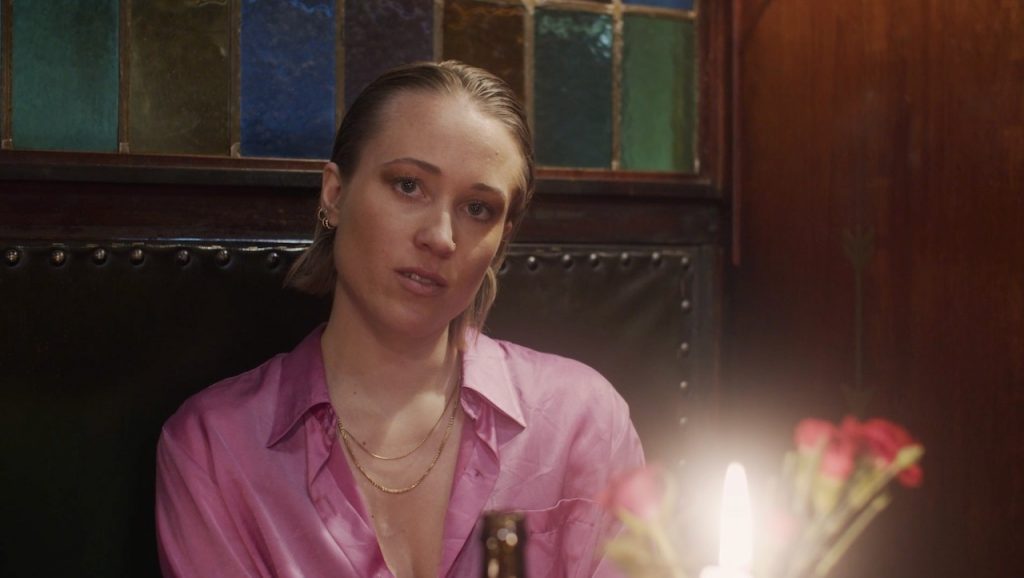 Straight up, Soluna Samay shouldn’t really be here. She doesn’t technically qualify because she isn’t truly Nordic. She was born as Soluna Samay Kettel in Guatemala to a German father and a Swiss mother (and she has a Swiss passport but Danish citizenship after moving to Denmark in 2000 when her parents bought a farm on the island of Bornholm). A genuine ‘world artist.’

But I’ll make an exception because of all the releases I’ve gone through tonight this is the one that grabbed me the most. Her name by the way is a mash up of the Spanish words Sol and Luna (Sun and Moon, but of course you knew that!

The other big attraction to me was the song’s title because ‘Melancholia’ immediately makes me think of the film of that name, the 2011 end-of-the-world epic that is one of my favourites and which was written and directed by Lars von Trier who is, of course, Danish. So that’s alright then.

It may well be that the film inspired the song but if so the role of the chief protagonist is reversed in the song because instead of a rogue planet crashing into Mother Earth she represents a scorned woman who opts not to vent her fury but to absorb her sadness as best she can and put herself about to show the positive side of her character. The opposite, say of Katzenjammer’s eerie ‘Lady Marlene’, about whom the north wind blew and around whom silently soldiers dance till they fall.

She says, “Writing songs is like therapy for me, this one got me through a rough patch.”

Ironies abound tonight. Soluna’s previous EP was called ‘Northern Wind’ and was in a different, folky style to what you will hear on this video, which is poppy and jazzy at the same time.

Indeed I have no qualms about comparing her style here to that of my favourite female songstress, Fiona Apple, along with the smart lyricism and vocal presentation. Indeed, I would like to hear Soluna tackle a cover of Apple’s immortal ‘I know’. Judging from this performance I’m sure she could pull it off.

It’s hard to believe she represented Denmark at Eurovision in 2012. This is light years away.

The music video was recorded in a one-take at Café Intime, a popular Copenhagen bar and paints a story of lost love, melancholy and loneliness in the company of others.  Eventually, she performs her melancholia out on stage, observed by her own memories.