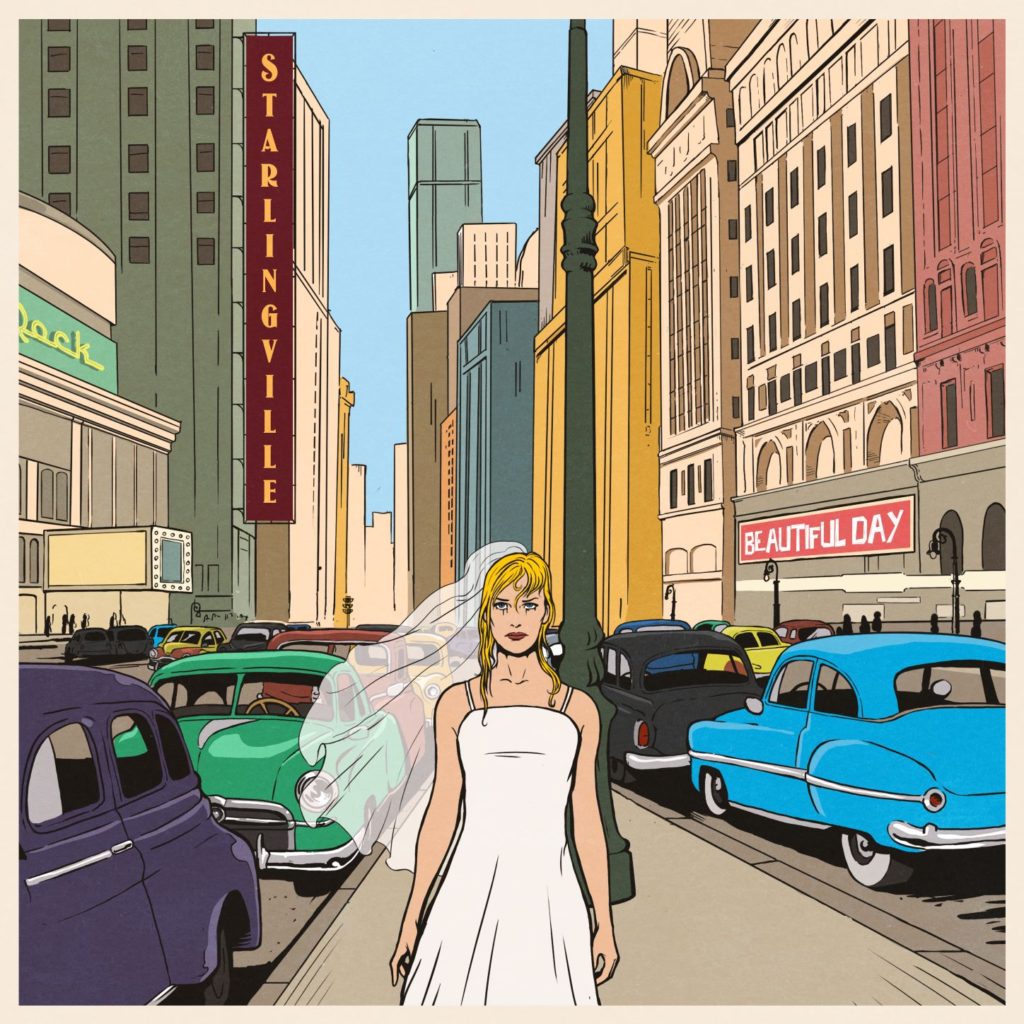 On the rare occasion these days I’m feeling on top of the world I listen to Gordon McRae’s ‘Oh what a beautiful mornin’ from Oklahoma. I might swap it for this.

‘Beautiful Day’ is about as upbeat as you can expect to get in any situation, with pounding drums a la Adam and the Ants, a dominant bass line, pop melody a-plenty and a feel-good ambience that you might associate with a popular US comedy TV series, like ‘Friends’ or ‘Cheers’.

In fact I’d argue that they might devise the next one around this song.

But here’s the thing; it is actually based on a sad set of circumstances including a series of unforeseen, external events such as enforced pandemic isolation (which we’ve all suffered) and “the tragic death of several work colleagues” (which for the most part we haven’t).

This encouraged song writer and front man Anders Andreassen, after whose family name, Star, the band is named, to acquire a renewed dedication to music and song writing while at the same time adopting the harsh realisation of the transience of life. In other words, live every day like it’s your last because one day you’ll be right.

And, of course, while Vlad the Invader is playing with his nuclear button we can hardly forget it and from that aspect the timing of the release is perfect.

Starlingville is a new band whose members have known each other since childhood and who have ventured into fields as diverse as heavy metal and musicals for country music. Their musical philosophy is tempered by the experience acquired by Anders Andreassen during a visit to the US a few years back which led to associations developing with several musicians there.

‘Beautiful Day’ is released on 4th March and the band’s debut album will follow on 22nd April.