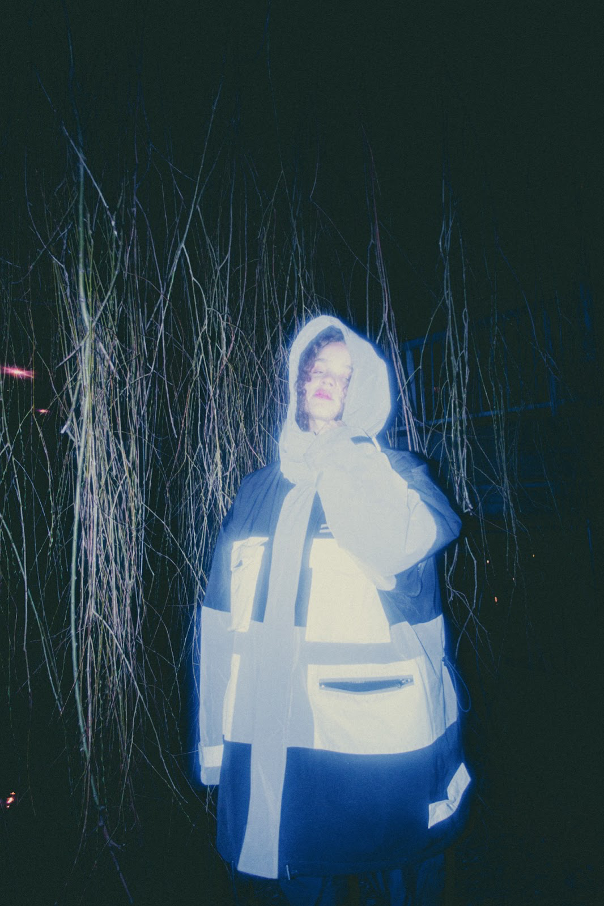 Having caught the last 20 minutes or so of Stella Explorer’s set at the By:Larm festival in Oslo in February 2020, the last gig I saw for over two years, you can imagine that it is one that stuck in my mind.

And that isn’t the only reason.  She’s a talented lady, who knows how to hold an audience. But I’ve heard little of her since apart from her work supporting Swedish artist boerd, whom we have featured in NMC. She’s also been in the band Brödet.

In 2015 she applied to go on the first trip to Mars; perhaps that’s where ‘Stella Explorer’ came from.

I described her as “having a distinctive groove that somehow accommodates R&B, a little Americana and a little electro pop, into a sultry, chilled melting pot of her own, to which he she added the visual ingredient of a much prettier Jay Kay from Jamiroquai by way of a rather fetching hat.”

The press release for this EP refers to her as a ‘multi-hyphenate’ so I suppose I should start by clearing up what that probably means. She is South African-Swedish I believe (I stand to be corrected on that) and her full name is Stella Cartriers-Lagnefors. I hope-that’s-ok.

Coming from a long line of musicians, that South African bloodline ensured her exposure to the underground concert halls of apartheid South Africa, if not directly then by way of her musical family (I wouldn’t have thought she’s old enough to have experienced apartheid but looks can be deceptive I suppose) and its jazz music played in abandoned commercial premises and on Radio Freedom, the ANC’s own station.

She has just released her debut EP, one that has been a long time coming but I suppose the pandemic didn’t help, again, and it is called ‘Dorkay House,’ an allusion to a Johannesburg music venue that was a haven for black musicians during apartheid, and a title that is her own metaphor for the power that lingers in places of emotional significance.

As she says, it is “where everything once happened but will never happen again.”

One of the four tracks, the second, ‘Kill it before it dies’, I’ve heard before, an imaginative and somewhat dystopian techno-beat allied to a distinctive and ever so slightly seductive contralto vocal.

When I interviewed her, a couple of years ago, she said, “It’s what I imagine Patti Smith would make if she made electronic music. That was my original goal at least. The lyrics are inspired by a Swedish ex-felon called Annika Östberg (who received a hefty jail sentence for murder when she wasn’t the murderer, in a sort of Derek Bentley “Let him have it” scenario).”

The opening track, ‘Exit Game’, is an unexpected and solemn ballad, and immediately put me in mind of Emmy the Great if only because that’s precisely the sort of title she’d come up with. There is though some of the Hong Kong anti-folk Queen’s angst channelled right through it and yet again Stella’s vocal, whether she’s humming or emoting, will take your breath away. The little piano interludes, wrapped around dreamy synthesisers, are delightful.

Final track ‘House Arrest’ is the first on the EP to introduce African melodies and rhythms, somehow intertwined with a 70s (again) dance floor beat while Stella adopts a different vocal style again, a richly expansive one that could be Madonna when she gets into full flow. I’m not sure whose house arrest she’s referring to, it may well have something to do with apartheid era, but to be honest it is easy to be so wrapped up in the music here that the lyrical meaning becomes incidental.

You know, I’m feeling pretty pleased with myself tonight. Two and a half years ago I left that Oslo venue in a blizzard, convinced I’d seen a sophisticated artist who was fully capable of laying down an exceptional debut album when she finally got round to it. And I feel totally vindicated right now.

So much so that I’m going to republish that interview I mentioned, within a day or two. Watch this space.

‘Dorkay House’ is available from 25th August on the label YEAR0001.