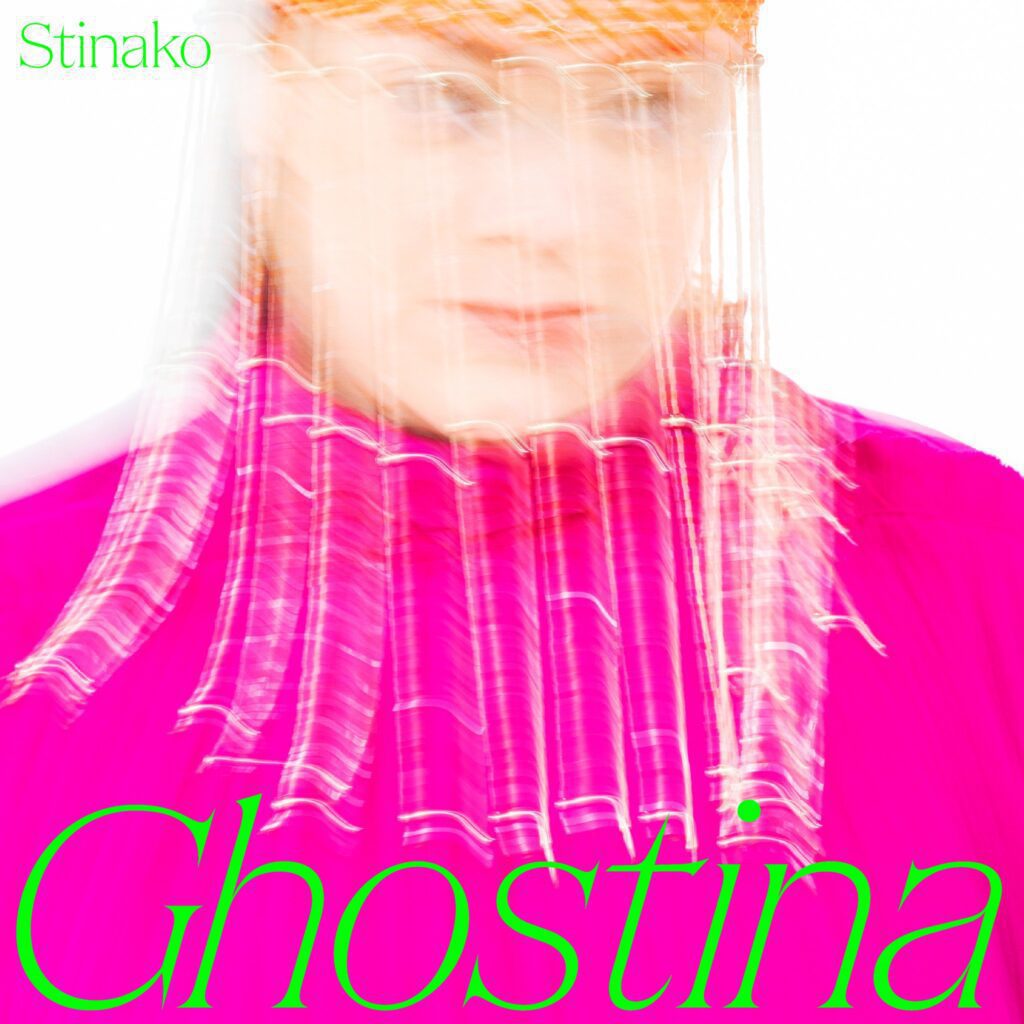 It can’t be easy to follow up an album, ‘Ikuisuus’ that was nominated for the Hyundai Nordic Music Prize, the equivalent of our Mercury Prize in the UK. But Stinako (Stina Koistinen) has given it her best shot. That award ceremony, in the last week of February 2020, and when I met her briefly, took place just a few days before global lockdowns came into force. How things have changed since then.

It’s in Finnish but fortunately English lyrics have been provided (if only all Nordic artists would do that)!

Stina, a wordplay Grandmaster, says ’Ghostina’ is an alias of Stinako, “a phantom living in the ruins of my memories” and that “the album is a collection of songs grown out of those ruins, coming to life.”

Now that immediately endears it to me for the strangest of reasons. One of the first Nordic artists I started following, and the one who prompted me to focus on music from the five countries, Sol Heilo (Norway), released her debut album ‘Skinhorse Playground’ on a similar pretext.

In her case the Playground was a fantasy land first envisaged in her childhood dreams and in which a creature, Dyn Dyn lived, one that represented her own fears. At the same time the Skinhorse represented the fear experienced by others – a creature with possessive and destructive power.

Great albums often emerge out of such abstract thoughts and recollections. Did this one? Read on.

Three tracks of the eight (let’s call it an EEP rather than an album) have already been released as singles and all the first three here are those songs.

In the first one, ‘Täyden kuun aikaan’ (‘At the full moon’) Stinako sings of breaking out of the self-imposed walls she has built around herself in her usual soaring (not howling!) vocal to an accompaniment of so much instrumentation and voice enhancement that it sounds like there’s a full orchestra and choir in play. If this doesn’t grab your immediate attention nothing will.

‘Ave Maria’ isn’t Schubert’s ‘Ellens dritter Gesang’ (if only…what would she make of that?) but a stunning song which starts off like an ABBA track with jangly piano chords and riff and then terminates in a spectacular extended vocal and instrumental chorus/outro that will blow your socks off. What’s she singing about? I dunno, perhaps she’s an old person reflecting back on her young life from inside an institute:

“Now I waste away my nights/ Ave Maria/I go back and forth these corridors/Am I a ghost, a shadow.”

The musicianship is so good it doesn’t really matter. One of the most powerful songs I’ve heard this year.

‘Pelasta mut’ (‘Save Me’) I reviewed as a single and concluded it is “an unassuming pop banger if you can imagine such a thing… a full-on dance track, with the main thumping synth-generated theme supported by what are nigh on trap beats…and violins! And from around the 2:45 mark it explodes, setting your goose bumps on fire.” ‘Nuff said. Three tracks in and all different.

The almost unpronounceable ‘Nuuskamuikkusyndrooma’ (I thought it might be a village in Greenland or the soundtrack to the sequel to Koyaanisqatsi) actually means ‘Snuff Syndrome’. Research into my favourite medical journals tells me that that has something to do with total loss of vision, unless it is some or other street slang in Helsinki.

In other words I’ve no idea what she’s singing about although the lyrics suggest regret at letting someone go and for the endless but pointless subsequent pursuit of them.

A long track at over five minutes it’s much gentler, flightier, with acoustic instruments predominating, allowing Stinako to give full range to her vocal skills.

Now I’m sure you know that pop music impresario Pete Waterman is an avowed train spotter, as is my favourite Swedish musical oddball SoLBLoMMa, and even Rosalía, or so I believe although spotting an AVE between Madrid and Barcelona can’t be easy at the speed they run at. But Stinako?

The fifth track, ‘Junat ja ajat’ (‘Trains and times’) suggests that. “The trains have left/Is there anyone here left to love?” she wails. Then, “I stay put/Since I don’t know what else to do…”

And it looks like her ticket has expired (although she should be able to get a refund, surely).

Train travel – or the lack of it – seems again to be a metaphor for her failure to move forward, as if her feet are superglued to the floor like a Stop Oil protester.

Musically, it is what she does superbly well. Violin over piano. Like cream over strawberries.

‘Kaikki tapahtuu’ (‘Everything Happens’) is, bluntly, a bit weird lyrically. Something about seagulls screaming (and then laughing!?) in a room above white chairs. The allegory is lost on me but Hitchcock would love it.

It’s a long track again at over seven minutes with a classical construction. It could be an operatic piece early on and then wanders off in a prog-experimental symphonic direction and again with violins playing first fiddle until it is whistled out. You really never know what is coming next.

‘Lopun alku’ (‘The beginning of the end’) is appositely titled as it is the penultimate track. Talking about trains, the opening violin section reminds me of the music they play to shots of trains plying their way across the countryside in Michael Portillo’s ‘Great British Rail Journeys’. (Incidentally, I’m not an anorak even if I sound like one).

Something of an ominous, portentous track, it deals with some apocalyptic vision in which everything is coming to an end and crashing around us, and it’s on repeat – it’s all happened before – while a lone voice insists that Jesus will save us; which she doesn’t believe.

And yet for all that the tune is a jaunty one, the tempo increasing throughout, suggesting perhaps that there is hope but then it suddenly changes again into a passive, non-committal section which I guess hints at acceptance of one’s lot, as the condemned prisoner waits for the final dawn.

Was it written during a prolonged lockdown I wonder?

So what’s it worth? I’m not into awarding 10/10, I think I’ve only ever done it once before (Anna Calvi for ‘Hunter’), but I will here and for two reasons. Firstly on the strength of two fabulous tracks, ‘Ave Maria’ and ‘Pelasta mut’, both supremely powerful in their own way and yet so different in their composition that it is hard to reconcile that they came from the same artist.

Secondly, because Stinako is one of few solo artists across the entire Nordic spectrum who is consistently working at this creatively cutting edge level. The only other one that immediately comes to mind is Denmark’s Lydmor of those I review regularly. Lord knows what they could create between them.

The band consists of Tapio Viitasaari, Aili Järvelä, Mila Laine and Stinako. The album is available on streaming services now and on limited edition vinyl and CD from later this month.