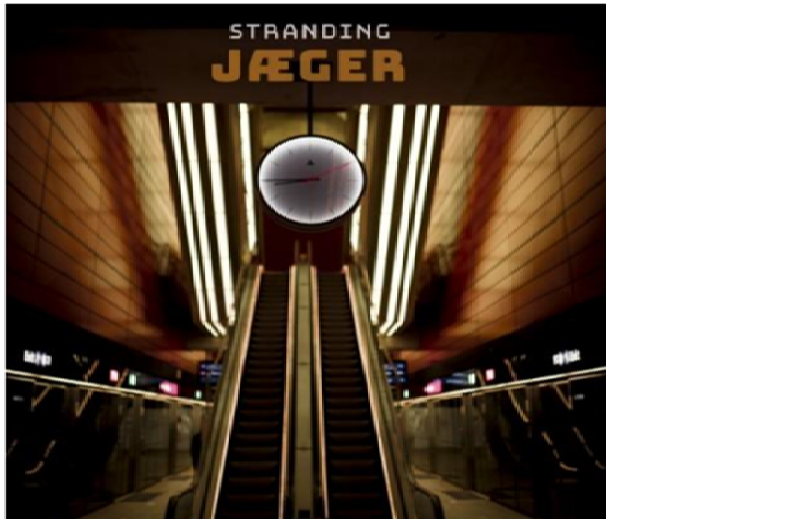 An unusual song, ‘Jaeger’ concerns a road accident in which an 18-year old cyclist, riding in a competition race, was knocked down and killed by a car. Another competitor in the race, STRANDING (Simon Toft Hansen), who was the leader of a youth team, witnessed the event and it has haunted him since the incident in 2019, to the point where he decided to write about it this year.

“I sing about a boy I never knew who sent my life down in a new way,” he says.

Let’s be honest, songs of this nature can be unnervingly cloying; I suppose an example would be Terry Jacks’ ‘Seasons in the Sun’ although that dealt with death by way of natural causes rather than by accident. And the number of songs concerning the accidental death of a friend runs to the hundreds.

But ‘Jaeger’ isn’t. It’s quite tasteful. I can’t convey the message in the lyrics as my Danish isn’t that good, but musically it strikes just the right note between sadness and life celebration. It’s the sort of song you might say you’d like to have played at your funeral.

And what particularly stands out is a selective choral addition which has distinct African tones to it. There’s something about an African choir (even if this one isn’t actually African), they easily get the goose bumps rising, the prime example being ‘Nkosi Sikelel’ iAfrica’.

The title describes the ultra-focused and adrenaline-filled mindset that the rider is in just before the countdown for the start, and how time can feel infinitely long when pushing oneself to the extreme.

Simon Toft Hansen is in the process of returning to the music business. After a long career in various bands music was put back on the shelf in favour of a successful life as a beer brewer and family man. The release of the EP ‘Hometown’ under the name STRANDING in 2021, however, marked the start of his homecoming.

A deep contemplation and longing to take on life’s big questions is a common thread in Simon Toft Hansen’s artistic work.

‘Jaeger’ was released on April 1st.